In this guide we’ll take a look at the best dog food for French bulldog puppies.
We’ve compared quality of ingredients, nutritional information, and value for money
to give you our top recommendations below.

What is the Best Dog Food for French Bulldog Puppies? 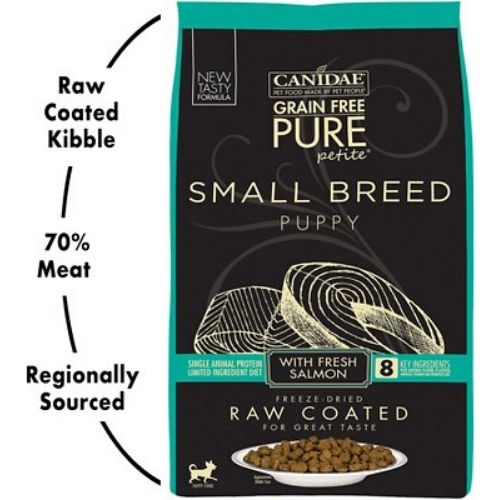 CANIDAE Grain-Free PURE Petite Salmon Formula Small Breed Puppy is a powerhouse food that is well-suited to the needs of the French Bulldog puppy. This diet combines freeze-dried pieces of raw meat with dry food to increase the food’s flavor profile while packing a powerhouse protein punch. The first ingredient in this diet is whole salmon, an ingredient which is rich in omega 3 and 6 fatty acids.

Probiotics are added to this diet to ensure optimal digestion, making it one of the best dog foods for French Bulldog puppies with sensitive stomachs. 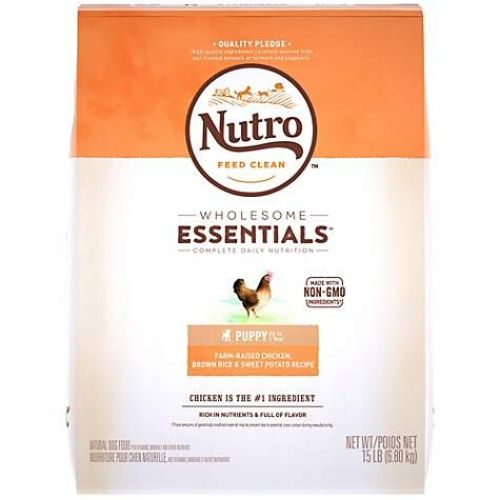 Nutro includes such powerhouse supplements as DHA and the correct ratio of calcium to phosphorous to promote correct structural development. 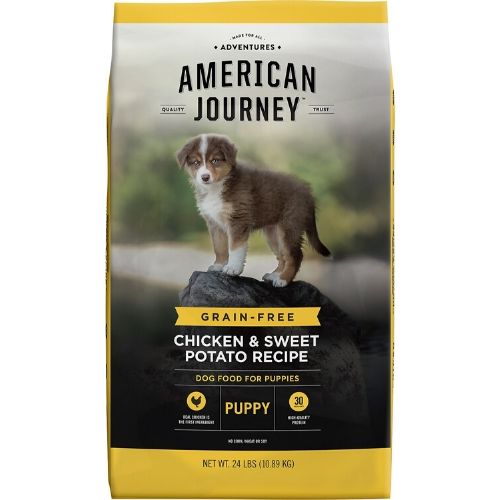 American Journey Chicken & Sweet Potato Recipe Grain-Free Puppy Dry Dog Food is a food that hits all the hallmarks of what a French Bulldog puppy needs. This diet’s main protein source is deboned chicken, a whole meat that is quite lean.

American Journey, one of the best dog foods for French Bulldog puppies, contains no grains and is also free of common allergens including corn, wheat, and soy. Carbohydrates are derived from fruits and vegetables.

Salmon and flaxseed oils have been included in this diet to support healthy skin and coat.

The one drawback to this food is its inclusion of peas, a food which has been associated with lowered fertility in mature breeding dogs. 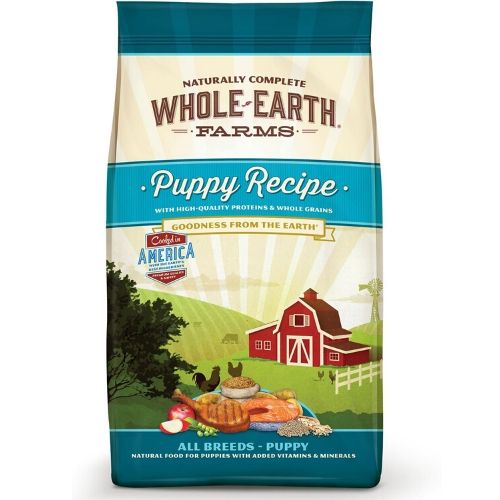 This diet has been formulated of ingredients that are easy for French Bulldog puppies to digest. It is free from corn, wheat, soy, and by-products.

Whole Earth Farms is heavily grain-based. Puppies who have expressed sensitivities to grains should not be fed this food.

Whole Earth Farms’ emphasis on a formulation comprised of highly digestible ingredients makes it one of the best dog foods for French Bulldog puppies. 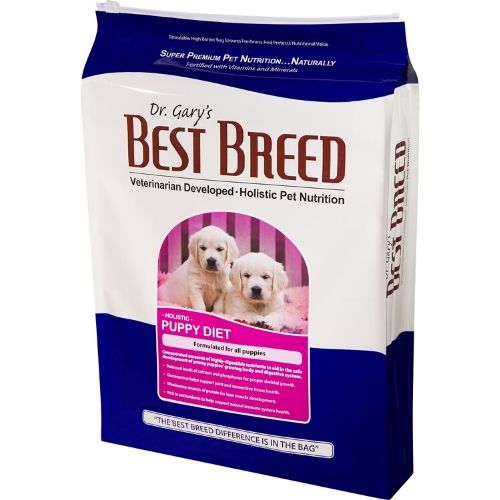 Glucosamine has been added to support joint health. DHA has also been supplemented to aid with brain development.

This diet is considered one of the best foods for French Bulldog puppies with sensitive stomachs.

How to Choose the Best Dog Food for French Bulldog Puppies

Is there anything cuter than French Bulldog puppy? From its oversized bat wing ears to its adorable little jaunty stride, the Frenchie puppy collects hearts wherever it goes.

A brachycephalic breed, one of the most important aspects of nutrition for the Frenchie is ensuring its diet is properly balanced and fed in correct proportions to prevent the puppy from becoming overweight. Snub-nosed breeds can experience difficulty breathing. Maintaining a correct body weight is a key component to preventing this from occurring.

A breed that can be known to suffer with a sensitive stomach, the Frenchie’s diet should be based on lean proteins and easily digestible carbohydrates. The best dog foods for French Bulldog puppies often include a limited ingredients list.

As with all puppies, the correct ratio of calcium to phosphorous is important to prevent rapid bone growth from occurring. Though not as much of a concern in small breed puppies, it is still something to watch for when selecting a diet for a French Bulldog puppy. The appropriate ratio to look for is 1.2 parts of calcium to 1 part phosphorous.

French Bulldog puppies should always be fed a puppy formulation instead of an all life stages or adult food. Puppy foods contain the correct combination of vitamins, nutrients, protein, carbohydrates, and healthy fats to ensure the Frenchie puppy’s nutritional needs are met.

Frenchies are known for having gas problems. Gluten is often a common culprit, and thus, diets heavy in wheat should be avoided.

A breed that can suffer with stomach and skin sensitivities, diets excessively high in protein or that rely heavily on corn in their ingredients list can lead to upset stomachs or skin conditions. The best dog food for French Bulldog puppies typically contains lean proteins and carbohydrates in the form of fruits, vegetables, or whole grains.

Here is a basic list of the most important things to look for in the best food for a French Bulldog puppy:

A diet that is suitable to meet the needs of a French Bulldog puppy should contain a lean protein as its first ingredient. Whole meats are preferable, but meat meals are also an excellent choice. By-products should be avoided as they offer no nutritional value for growing puppies.

Since plant-based proteins are too difficult for a puppy to process, diets which contain these items should be avoided. Alternative protein sources which are not suitable for the French Bulldog puppy include soy, corn, and wheat.

Chemicals, fillers, artificial flavorings and colorings, and mystery ingredients provide no nutritional benefit to a growing French Bulldog puppy. Diets containing these elements can trigger allergic reactions, and thus, are not recommended.

Since the French Bulldog can suffer from food and stomach sensitivities, the addition of supplements and probiotics can be a great help. Docohexaenoic acid (DHA) assists with proper brain development.

All foods appropriate for the French Bulldog puppy should bear the AAFCO seal of approval, indicating it meets the standards for a complete and balanced food.

Jason Homan is a copywriter, editor, and Baptist pastor who makes his home in Cape Breton Island, Nova Scotia, Canada, with his wife Debbie and their seven dogs. The couple breeds award-winning Parson and Jack Russell Terriers under the kennel name Bristol Abbey. Active in their local dog community, Jason and Debbie participate in such events as conformation and dog performance sports and are also involved in rescue. They share their home with their four Parsons Branson, Bridget, Jackson, and Gigi and their three Jack Russells Beckham, Dior, and Posh.
Scroll to Top