In this guide we’ll take a look at the best dog food for Jack Russell Terriers. We’ve compared quality of ingredients, nutritional information, and value for money to give you our top recommendations below.

Breed Advisor only recommends products that we’ve tested, or significantly researched . This page contains affiliate links, that at no additional cost to you, may earn a small commission for the site. Find out more here.

What is the Best Dog Food for Jack Russell Terriers?

Use the dropdown to sort the table by the feature that’s most important to you. Solid Gold Barking at the Moon Adult is the ideal food formulation for the highly active Jack Russell Terrier. One of the greatest strengths of this food is its emphasis on nutrient-rich animal proteins to support strong and healthy muscle development. The main ingredient in this food is duck, a flavorful meat that is reinforced through the addition of turkey meal, a protein that is easy for dogs to digest well.

To help boost digestion, both prebiotics and probiotics have been included in this powerhouse recipe. These supplements assist with maintaining optimal gut health. One of the best dog foods for Jack Russell Terriers on the market today, Solid Gold Barking at the Moon Adult is manufactured in the United States. This product contains no corn, wheat, soy, artificial colors, or preservatives. 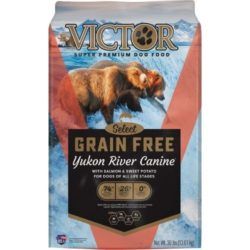 For a premium food formulation that hits all the high points Jack Russell Terriers need from their diet, it is hard to go wrong with VICTOR Select Yukon River. This high protein food places a high emphasis on protein, taking Menhaden fish meal as its basis. This meat is rich in essential fatty acids and provides support for coat and skin health while also boosting the Jack Russell Terrier’s energy reserves.

Considered to be one of the best dog foods for Jack Russell Terriers, this diet also includes dehydrated salmon in its recipe to enrich the omega 3 and 6 fatty acid content of the food. A grain-free formulation, VICTOR Select Yukon River is free from the most common allergens linked to skin and stomach sensitivities in dogs, making it an excellent choice for dogs with allergies. 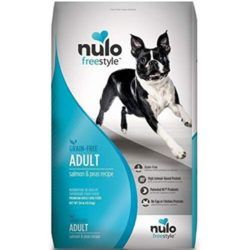 Nulo Freestyle Grain-Free Adult offers all of the top tier nutrition Jack Russell Terriers need to enjoy optimal health and wellness. This diet is free from all grains, making antioxidant and fiber-rich fruits and vegetables the basis of its formula. Nulo Freestyle Grain-Free Adult’s main ingredient is salmon, a meat that is rich in essential fatty acids to keep the Jack Russell Terrier’s energy levels primed for performance. These same healthy oils also promote coat and skin health.

A probiotic supplement has been added to this powerhouse food to assist with optimal gut health and digestion.

With so many nutritional benefits to its credit, it is not difficult to see why Nulo Freestyle Grain-Free Adult is considered to be one of the best dog foods for Jack Russell Terriers available for purchase today. 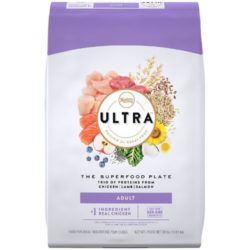 Nutro Ultra Adult Dry Dog Food offers Jack Russell Terrier owners excellent nutrition at a price point that is affordable for most families. This diet is rich in protein, ensuring ample amounts of the amino acids required to maintain the musculature of a true athlete. Sunflower oil has been included in this formulation to provide a vital help for skin and coat health.

The taurine content in this food has been enriched to provide assistance with maintaining excellent cardiac functionality. 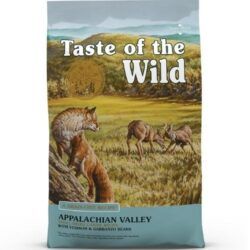 Taste of the Wild Appalachian Valley is a diet formulated specifically to address the needs of active small breeds like the Jack Russell Terrier. A grain-free formulation. Taste of the Wild Appalachian Valley includes fruits and vegetables as the basis of its carbohydrate content. Each ingredient was selected for its high fiber and antioxidant profile to encourage strong immunity and good digestion.

A protein-rich food, Taste of the Wild Appalachian Valley includes venison, lamb, egg, duck, and several different types of fish in its recipe. This approach to nutrition encourages the development of strong and healthy muscles in this highly energetic breed.

How to Select the Best Dog Food for Jack Russell Terriers

The Jack Russell Terrier is a flurry of activity, a quality that leaves some referring to the breed as the little white wonder. A dog that traces its roots to England in the 19th century, the Jack Russell Terrier’s original purpose was to accompany its owner on fox hunts over rigorous terrain. As a result, this breed should possess immense heart and stamina as well as the drive to track quarry and drive it above ground through its baying.

The Jack Russell Terrier is easy to identify. This dog should be at least 51 percent white in color; however, markings of brown, black, or a combination of the two are permitted.

A charming little breed, the Jack Russell Terrier is intensely smart and requires daily physical and mental exercise to remain content. Without this, the breed will easily fall into nuisance behaviors including digging, barking, and other forms of destruction.

A highly active dog, the Jack Russell Terrier is not prone to becoming overweight. However, it is still a good idea to carefully measure this dog breed’s food and to monitor all daily intake. Some dogs are so busy that they do not eat sufficient calories to maintain a proper body condition and can become too thin. Since Jack Russell Terriers often do not want to stop to eat, a calorie dense food is recommended for them since it allows the dog to consume more calories within a smaller portion.

The Jack Russell Terrier is a loving and affectionate family companion. Though small of size, the breed is big in both heart and attitude and can often get itself into trouble since it doesn’t know its own size. The breed typically enjoys meeting new people and other dogs but is not tolerant of rude behavior.

This happy little breed is quite friendly but does require an owner that will establish and reinforce boundaries for the dog. Jack Russell Terriers are notoriously difficult to train, resisting doing anything that wasn’t their idea in the first place. However, most owners feel their naughtiness is only part of their charm.

The best dog foods for Jack Russell Terriers consist of a minimum of 18 percent protein and 5 percent fat.

The Jack Russell Terrier requires a diet that is well balanced and full of premium quality ingredients. Determining how much of this type of food to feed can pose a challenge. The best dog foods for Jack Russell Terriers list suggested serving sizes on the side of the bag. Owners can use these as a starting point, adjusting the amounts to reflect their dog’s weight, age, activity level, and appetite until the right portion is found.

The Jack Russell Terrier is not a breed that should be free fed. This busy little terrier will often forget or refuse to stop to eat, meaning the dog could easily become underweight if mealtimes are not carefully monitored.

A highly active breed, the Jack Russell Terrier needs a diet that is full of top tier nutrition in order to fuel its busy lifestyle. The best dog foods for Jack Russell Terriers are based on a lean, white meat if possible. Red meat tends to be too hot a protein for this breed and can lead to skin sensitivities.

Whole meats and meat meals are the preferred foundation for the Jack Russell Terrier’s diet. By-products and plant-based proteins such as soy, corn, and wheat are best avoided entirely. Other ingredients that do not benefit the Jack Russell Terrier include chemicals, fillers, additives, preservatives, artificial flavors, and colors.

Carbohydrates play an important role in any food for this athletic breed, encouraging good digestion and a healthy immune system. This breed can eat a grain-inclusive or grain-free food; however, dogs that have previously expressed sensitivities to grains may do best on a grain-free diet.

Healthy fats fuel the Jack Russell’s energy levels and also provide support for coat and skin health. These are best derived from animal sources and include such ingredients as chicken fat and oily fish.

It is always a great idea to select a food that includes supplements. The most beneficial supplements for the Jack Russell Terrier are prebiotics, probiotics, glucosamine, and chondroitin.

Here is a basic list of the most important things to look for in the best dog food for a Jack Russell Terrier:

The Jack Russell Terrier requires a diet based on meat. Whole meats and meat meals are the best options. Foods containing by-products and plant-based proteins such as soy, corn, and wheat are best avoided.

Supplements help improve the efficacy of a diet. The ideal supplements to look for for this energetic breed are prebiotics, probiotics, glucosamine, and chondroitin.

The AAFCO seal approval should accompany any food considered for the Jack Russell Terrier. This designation indicates a food has been assessed and found to be complete and properly balanced.