About The Black Mouth Cur

The Black Mouth Cur gets its name from the black color that covers their lips and muzzle. This is a breed that is known for their courage, devotion to their owners and incredible strength. They’re a versatile working dog who needs a home who can meet their need for regular physical exercise and mental enrichment. This is a fast, hard hunter that finds game using its eyes, ears, and nose.

Although the Cur gets on well with both people and dogs that they know, they are highly territorial. So, this means that they can be aggressive towards anything that they perceive as a threat to their family. With this in mind, it’s essential that socialization and training begin as a young pup to ensure that your Cur is a well-mannered member of the family. 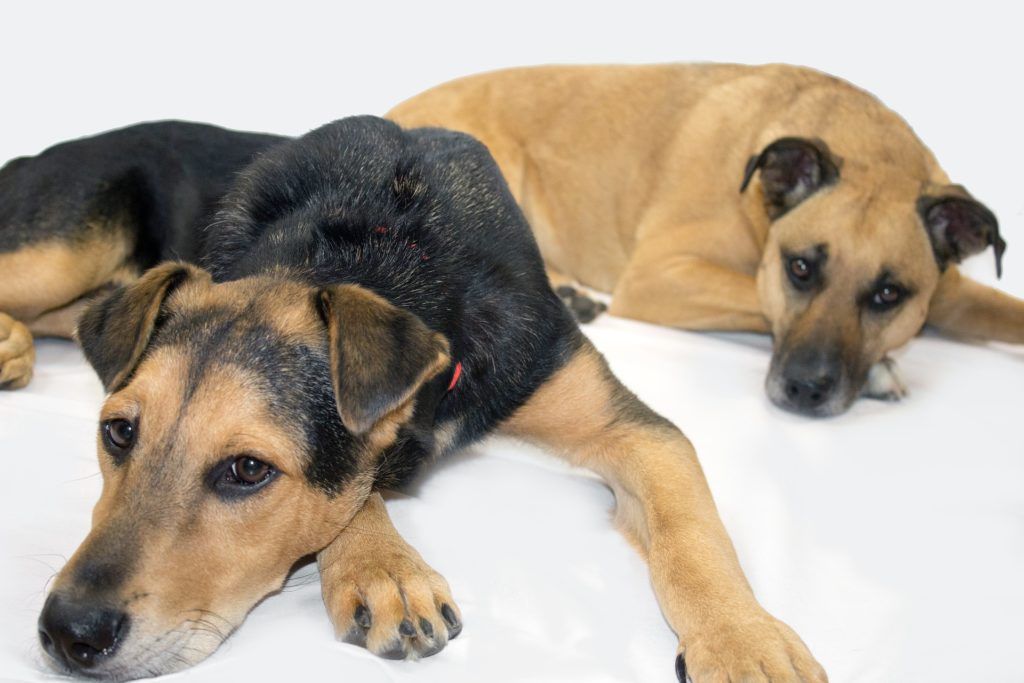 While the origins of the Black Mouth Cur breed are pretty much a mystery, we do know that they originated in the American south with Mississippi and Tennessee being good contenders.

It’s thought that when pioneers and settlers came to North America, they brought with them Cur dogs from both Europe and Asia. They needed a farm dog who could not only help them with herding livestock but could also hunt within the rugged terrain of the region and see off predators.

Curs were breed with other dogs to develop the working ability that was needed. So, this meant that record-keeping wasn’t seen as that important resulting in the vague history of the breed. There is a school of thought that English Mastiffs who arrived in America as early as 1621 may play a part in the Curs ancestry. Even today, there is variation in the appearance of the breed, and this depends on who the breeder is and which part of the US they are bred in.

The breed standard from the United Kennel Club states that males should be a minimum height of 18 inches and females, a minimum of 16 inches. The minimum weight for males is 40 pounds and for females, 35 pounds.

Dogs in the show ring are expected to be in a hard, muscular condition showing how that working heritage is still essential in dogs today.

The Black Mouth Cur has retained the characteristics that the settlers originally needed in their working dogs. So that means that the Cur is a courageous dog who may not start a fight but who won’t back down from one either. Now while this was a much-needed trait when they were required to ward off predators such as bears and wildcats, it’s not so useful in the dog park! That does mean that with a Cur as a family dog, you need to carefully consider if they are to interact with other dogs.

To balance this though, the intelligence which was also needed in those early dogs is still present in today’s Black Mouth Curs. That’s also accompanied by loyalty and dedication to the family, and the ability to thrive in a range of conditions.

This is a high energy dog, so it’s unlikely they’ll do well living in an apartment or where there’s an expectation that they’ll lounge around on the couch all day. Without enough stimulation and physical exercise, you will end up with behavior problems.

This is considered to be a generally healthy breed that has few of the genetic problems which can affect other breeds. Because of this, it’s unusual to find breeders that health test their dogs before breeding, the assumption being that dogs who are not fit to work would not be bred from.

While there is no central database of health testing results for the Cur, as you might find for other breeds, there are a few conditions which they may likely be susceptible to:

If you’re looking for minimal grooming needs, then the Black Mouth Cur can put a tick in that box. A weekly brush is all that’s needed increasing during shedding season, which is usually just before winter and then again just before summer.

This is a breed that has been developed with high intelligence, and so the Cur will love to learn  new behaviors and will also be quick to get them mastered. Despite their outgoing nature, they do have a sensitive side, so don’t be tempted to employ heavy-handed techniques; they won’t get the results you’re looking for, and they will impact the relationship you have with your dog.

The Cur does have a strong hunting instinct, and unless you work hard on training a reliable recall command, then you’re likely to see your dog disappearing into the distance.

While the Black Mouth Cur hunts in silence, they do then let you know when they find something, and you’ll hear that barking from several miles away! You’ll likely hear the same when a stranger comes to the door or if something catches your Cur’s attention.

This is a high energy dog who needs substantial exercise, something which many families may struggle to provide. You’ll likely need to provide a bare minimum of an hour’s vigorous exercise every day combined with the opportunity to then wander around a large yard during the day. But do remember this is the minimum, and many dogs, especially as young adults, will need much more.

The Cur is the perfect jogging or cycling partner and will love the opportunity to accompany their family on long hikes along the trails on weekends. Don’t think that life gets easier as they get older, many Curs are still active and energetic hunters into their teens.

For expert advice on your dog’s nutritional needs, we recommend speaking with your veterinarian.

Generally, most dogs stay on a specially formulated puppy food until they’re around 6 months of age. This then ensures that they receive all the nutrition needed by their growing bodies. Once over the age of six months, then look for food that matches your dog’s age, size, and exercise intensity.

The Black Mouth Cur isn’t a well-known breed outside of the American south, and so there isn’t a centralized rescue organization for them. We recommend going along to your local shelter to see if they have any suitable dogs for adoption or checking out a site such as http://blackmouthcur.rescueme.org/.

No votes so far! Be the first to rate this post.