Hiccups is a condition that is quite commonly seen in human beings. However, many people wonder if dogs also suffer from this problem. Dog hiccups can and do occur regularly, and just as with human hiccups, they are, most often, nothing of concern. Hiccups can affect puppies, adult dogs in their prime, and even older dogs.

Though hiccupping dogs can be amusing, there are times when hiccups may indicate a more serious medical problem, requiring a visit to your veterinarian for an assessment. In this article, we will explore the reasons behind hiccupping dogs, when a dog’s hiccups require veterinary assistance, and the best way to eliminate hiccups in dogs.

The hiccups are a condition that we don’t completely understand. After many years of careful study, scientists still have not come to any definitive conclusions as to why both animals and humans suffer from hiccups. Hiccups don’t seem to serve any specific beneficial process to the body unlike a sneeze whose role is to help to remove irritating matter from the lungs.

A thoughtful survey of the evolution of mammals may shed some light onto the origins of this condition. Any mammal can develop a case of the hiccups. Though it cannot be proven beyond the shadow of a doubt, some scientists believe that hiccups are a remaining quirk from a previous evolutionary stage. These scientific professionals assert that in a former stage in the mammal’s evolutionary development, living beings had both gills and lungs. As a result, the act of hiccupping allowed the body to achieve proper ventilation through the gills.

Another plausible scientific explanation is that hiccups first occur during the gestation period. Proponents of this theory share that hiccups are a fetus’ means of exercising its breathing muscles in preparation for the act of breathing at the time of birth.

Though we don’t know exactly what the causes of hiccups are or how to eliminate them, we can rest assured that hiccups are rarely a medical problem of serious concern. 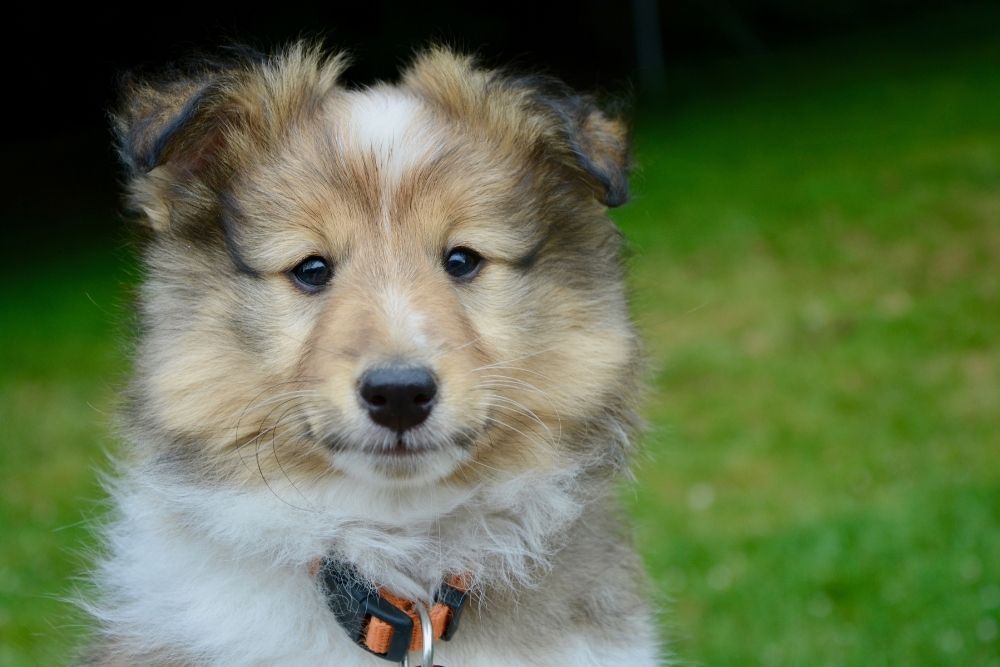 What is the Cause of Hiccups?

Hiccups are essentially diaphragm spasms. The act of hiccupping is not voluntary and results in the vocal cords closing together. When the vocal cords close, air intake is suspended, resulting in a distinctive “hic” sound. It is from this noise that the condition known as hiccups takes its name. When the diaphragm contracts, it is typically because of some sort of agitation of the mammal’s nervous system. Among the reasons why a person might experience the hiccups are as follows:

Gastric distension is a medical problem that takes place when your stomach is completely full and applies pressure against the diaphragm first causing irritation then contractions. It is similar to the movement made when you inhale a breath.

While dogs don’t drink alcohol, they most definitely sometimes consume foods they shouldn’t. If eating something too hot, too spicy, or even just too rapidly, it is quite possible that your dog could develop hiccup episodes. Many experts feel that eating or drinking too quickly can cause excess air to buildup in a dog’s respiratory system leading to diaphragm contractions that result in the hiccups. This would also explain why a dog that is overstimulated or anxious could also suffer from this condition.

Puppies involved in vigorous play sessions will often begin to pant heavily. This too could potentially lead to hiccups developing. The shallow, quick breathing associated with a dog pant can interfere with the natural processing of the lungs, causing the dog’s diaphragm to spasm. Encouraging light exercise or a short walk when hiccups occur can help this condition to subside more quickly.

Another plausible reason that could explain the presence of hiccups is diet. Puppies that suffer from sensitive stomachs or poor digestion often suffer from hiccups on a recurring basis. If food is the culprit behind the hiccupping, the hiccupping will most often be present just after your dog has finished consuming its meals. A change in diet is a good idea that could potentially eliminate this problem.

Environmental sensitivities may also be to blame for some cases of puppy hiccups. Items such as air fresheners, cleaning agents, chemicals, fumes, and cigarette smoke all hamper a dog’s ability to breathe well and may cause not only the hiccups but possibly respiratory problems in the future.

What are the Symptoms of Dog Hiccups?

Dog hiccups are typically quite easy to identify. They usually involve a visible spasm of the diaphragm with an accompanying sound which may include a burp. Sometimes, you will simply observe a spasm without any noise attached to it.

It is important to note that sometimes a dog may make noises or have spasms that are not related to the hiccups at all. Retching and even convulsions or seizures may present like the hiccups but are entirely different conditions and are cause for very serious concern. Dogs also regularly engage in reverse sneezing, a harmless condition that is remarkably similar in sound to a hiccup. 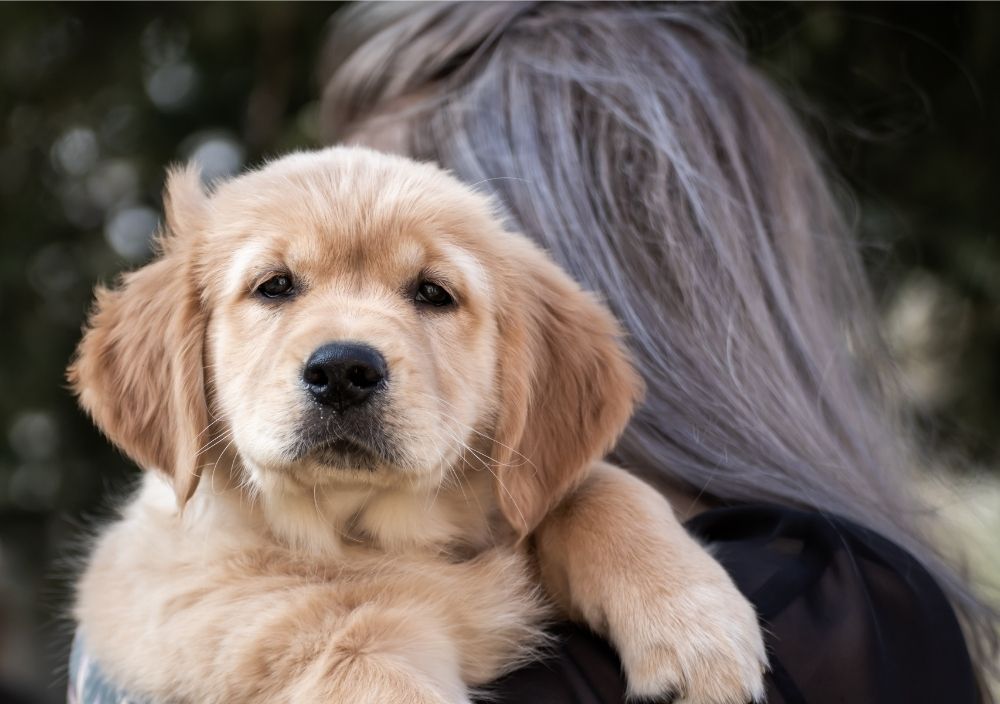 How Can I Tell the Difference Between Hiccups and Reverse Sneezing?

It can be difficult telling the difference between hiccups and reverse sneezing. However, reverse sneezing, sometimes referred to as reverse hiccups, occurs when an irritating material comes in contact with a dog’s soft palate. It is not specific to any dog breed, and it can happen at any age.

A reverse sneeze is seen when the soft palate spasms, causing the trachea to become narrower. Most often; when a dog reverse sneezes, the dog will elongate its neck to try to create more space within the chest cavity to allow for a return to normal breathing. When this does not occur, the dog will try to take in air through its nose instead which results in the reverse sneeze.

Hiccups also involve contractions of a muscle; however, in this case, it is the diaphragm muscle that spasms and not the soft palate. Reverse sneezing sounds as though it should be of concern, but rarely is, and resolves on its own after only a few seconds.

How Will I Know if My Dog’s Hiccups are Serious?

If your dog has the hiccups, they will typically resolve without any intervention given sufficient time. However, long lasting cases of the hiccups are quite worrisome and may indicate a larger medical problem is to blame.

Hiccups that continue for more than several hours are most often indicative of a more serious underlying health condition. These are very rare cases but do occur from time to time. If your dog’s hiccups persist for this length of time, it is best to call your veterinary clinic for the soonest appointment you can get. If your dog’s hiccups are accompanied by other symptoms such as fever, coughing, lack of appetite, or lethargy, this is considered to be a medical emergency and immediate veterinary care is recommended.

Other symptoms that may indicate veterinary assistance is needed are as follows:

How Can I Help My Dog to Stop Hiccupping?

Unfortunately, if your puppy or dog is hiccupping, there really isn’t anything that you can do to help stop it. In time, puppy hiccups will resolve completely untreated.

There are several home remedies people claim will help stop hiccups. Whether or not these “cures” will actually do the trick is a matter of speculation. Among the solutions many people recommend for eliminating the hiccups are:

Though the efficacy of these methods is questionable at best, there are some definite things that you should NOT do in an attempt to help rid your dog of its hiccups. They include:

Though having a teaspoon of sugar as an attempted hiccup cure is not going to cause YOU any harm, this technique is not recommended for dogs. This home remedy could have the opposite effect, resulting in a very upset tummy for your best canine pal.

It is dubious as to whether or not deliberately frightening a human being will do anything more than making them angry. However, intentionally giving your puppy or dog a fright is more likely to lead to future trust issues than to eliminate a case of the hiccups. This technique is strongly, strongly discouraged.

Are There Any Specific Tips that May Help Reduce Dog Hiccups?

Though we don’t know for sure what may help eliminate dog hiccups, there are a few things you can try that definitely won’t hurt. Among the tips you can attempt with your dog are:

If you are able to help your dog relax, the dog’s breathing will become better regulated. When your dog is breathing at a slower pace, its breaths will naturally become more even. Promote relaxation by petting your dog and speaking to them in a soft, gentle voice.

It is true that humans that slowly sip water soon find relief from their hiccups. Though we don’t know if this method will have the same results for a dog, it is well worth giving a try.

Prevent the hiccups with a slow feeding bowl

Some experts believe dogs develop hiccups when consuming their food too rapidly. A slow feeder bowl is ideal to help curb this behavior, and thus, helping to reduce the incidents of hiccupping.

What are Some of the More Serious Problems Hiccups May Indicate?

There are several problems that may first manifest themselves through a recurring and lengthy case of the hiccups in a dog. These include:

If you notice your dog often experiences hiccups while sleeping yet does not seem to be in a dream state at the time, this is of concern and a call to your veterinarian is recommended. For dogs that have regularly occurring hiccups during the daytime, consult your veterinarian if you see any of the following symptoms:

Do dogs get hiccups? They can, and they do! Though there is little you can do to help your dog get past a case of the hiccups, it helps to know that they are most often nothing to be concerned about and will resolve on their own given sufficient time.