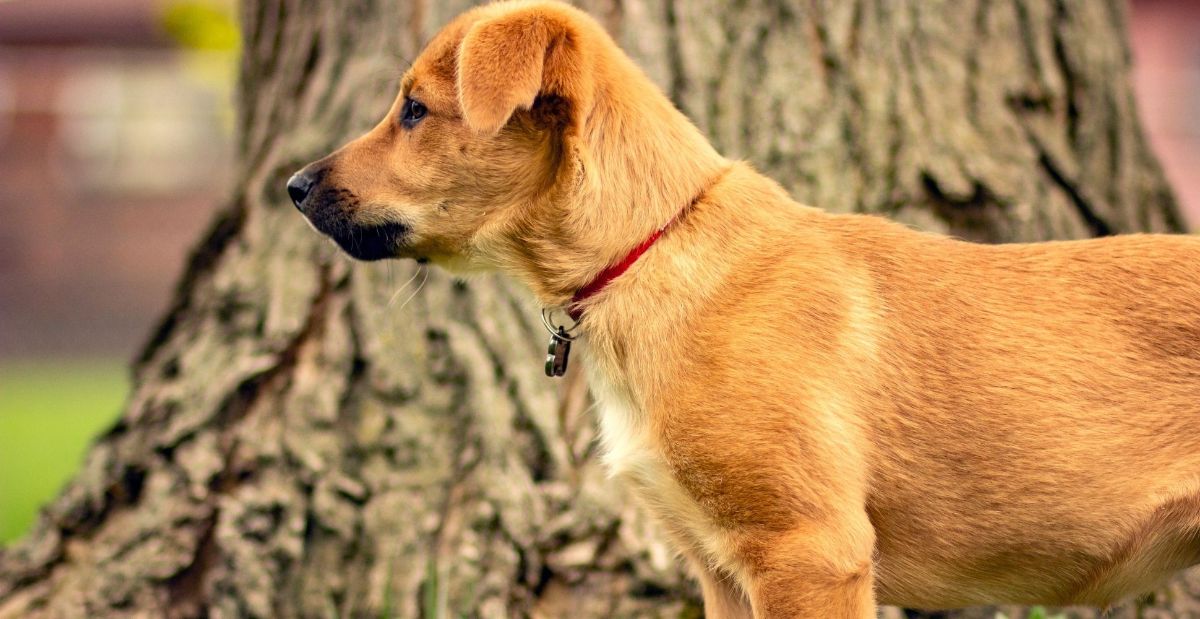 The playful Chinook is a much-loved dog breed that originated in the United States. This popular dog type traces its roots to the eastern state of New Hampshire. A relatively new breed, the Chinook became well-renowned after its voyage into Antarctica with Admiral Byrd in 1928. The Chinook is a very versatile dog, excelling at many different activities including hiking, running, walking, and even many dog sports such as agility, weight pull, sledding, and more.

A sweet natured breed, the Chinook’s primary role was as a working sled dog of exceptional endurance. The breed is soft at heart and can be very sensitive, making it an excellent family companion. A dog breed of high intelligence, the Chinook loves to learn new skills and approaches training sessions with its family with great eagerness.

A medium to large dog breed with high activity requirements, the Chinook is not suited to apartment life. Since the breed does possess prey drive and the Husky portion of its pedigree translates to a penchant for escapism in the Chinook, a house with a fully fenced in yard is best for this active breed. The Chinook loves to dig, so wise owners will ensure their fencing is embedded several feet beneath the surface of their yard to thwart escape efforts.

Gentle and patient, the Chinook makes an excellent dog for families with children. The breed also gets along well with other dogs, making it a great addition to homes with multiple pets.

The Chinook was born from a purposeful breeding between a beloved farm dog and a Siberian Husky in New Hampshire in 1917. The developer of this breed sought a dog that was similar to a Husky, but that would be smaller in size and gentle of demeanor. One puppy in this litter exceeded his breeder’s expectations and was selected to carry on the breed through future breedings. His name was Chinook.

A breed that is not particularly popular, the Chinook has nearly succumbed to extinction on several occasions. Due to the concentrated efforts of Chinook aficionados, the breed remains today; however, purchasing a puppy can be challenging and may mean a long waiting period since there are very few breeders producing Chinook puppies at this time.

Though not typically employed as a working dog, the Chinook excels at pulling sleds of supplies. The breed was designed for endurance and rarely tires even when pulling exceptionally heavy loads. An athletic dog, the Chinook requires regular vigorous exercise on a daily basis to remain physically and mentally content.

If sufficiently exercised and not overfed, the Chinook is not predisposed to becoming overweight. To help support a healthy body weight, it is recommended that the Chinook’s meals and treats be measured and monitored.

Because of the high activity requirements of this breed and its natural desire to roam, the Chinook is not a dog type that is recommended for first time dog owners. The sweet and loving Chinook is a relatively new breed on the dog scene. The result of a purposeful breeding between a cherished farm dog and a Siberian Husky, this original pairing was undertaken in the hopes of producing a sled dog with immense stamina that was equally at home as a cherished family companion.

The ideal traits desired in this breed were a strong working drive and gentle temperament. One of the puppies in this original pairing met his breeder’s ideals and became the foundation male for this new breed. His name was Chinook.

In 1928, the Chinook was selected as the dog type to accompany Admiral Byrd on his Antarctic explorations. Chinook, the foundation male of this new breed, was among the dogs to take part on this important trek. Unfortunately, during the expedition, Chinook was lost and is believed to have died. To honor the memory of this important dog, a portion of a popular highway in his home state of New Hampshire was renamed the Chinook Trail.

Throughout the years, the Chinook has waned in popularity, putting the breed in danger of disappearing entirely from the landscape of dog breeds. The Guinness World Book of Records once bestowed the Chinook the title of the rarest breed in the world. During a particularly bleak period in the breed’s history, experts purport only 28 Chinooks were in existence worldwide. In 1981, breeders banded together to help preserve the breed, and today, the Chinook is still alive and well though still rare. 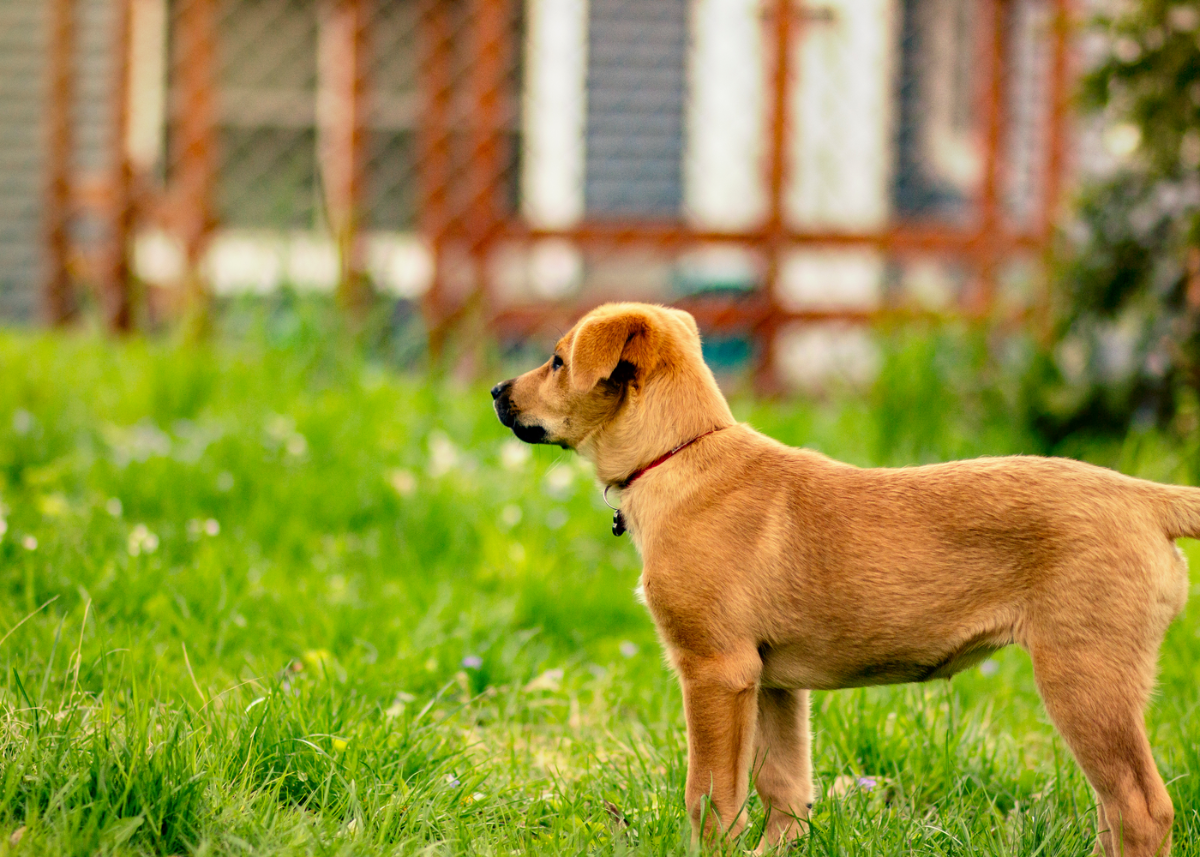 A fully grown Chinook male typically measures from 24 to 26 inches in height when measured from the shoulder to the ground. By comparison, mature females are slightly shorter, standing from 22 to 24 inches. Weights range from 55-90 pounds for males and 50-65 pounds for females.

The Chinook is a high drive dog that requires daily vigorous exercise. The breed’s natural tendency towards escapism means this breed is best suited to experienced dog owners. 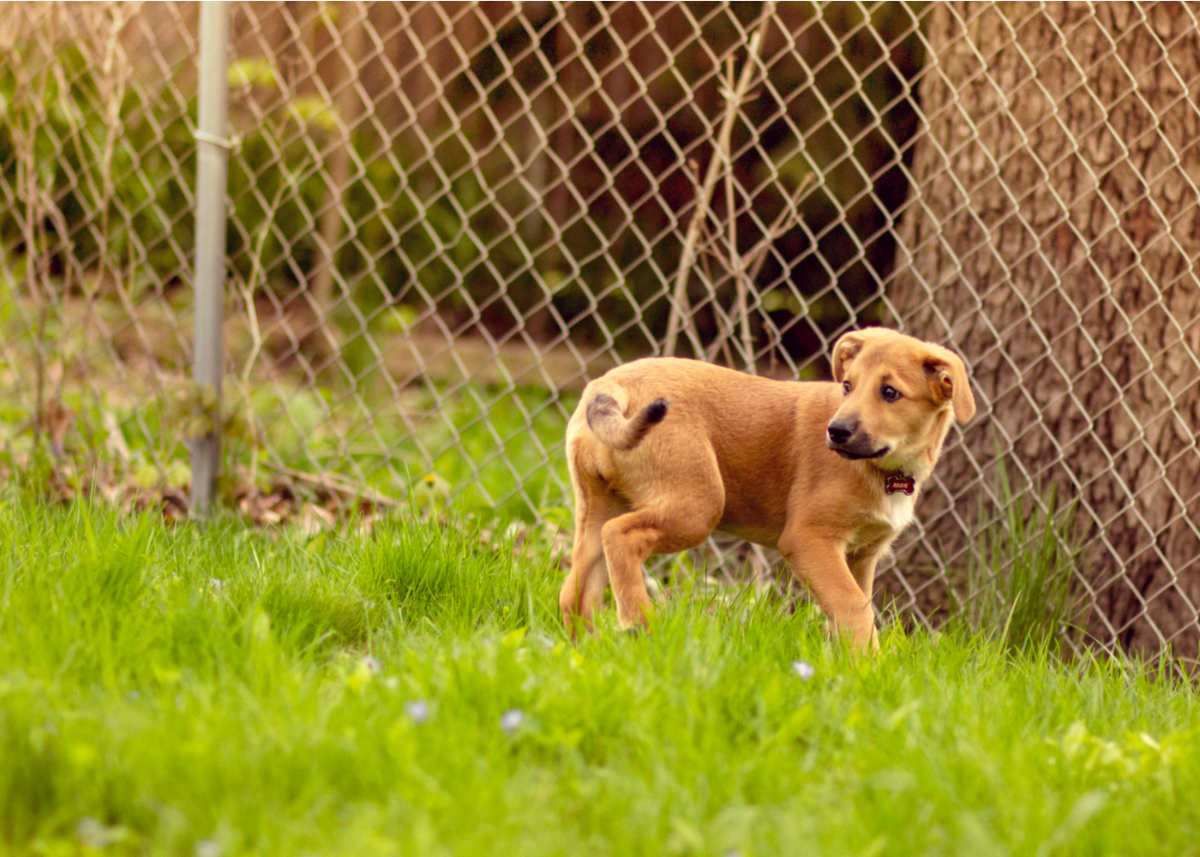 The Chinook is well-renowned for its soft, sweet nature. Naturally laidback, the Chinook is social and friendly, thriving in the company of those it loves most. The Chinook is naturally wary of strangers, requiring time to warm up to new people. Female Chinooks can be more independent at heart than their male counterparts.

The loving temperament of the Chinook makes it a natural companion of children. To ensure the safety of both the dog and the children in question, all interactions between the two should be carefully supervised. Children should be taught to treat the Chinook with kindness and respect.

A dog breed that enjoys the company of other canines, the Chinook can be an excellent addition to a multi-pet home. For best results, it is a good idea to bring a Chinook puppy into a home with established family pets and to introduce them to each other on neutral territory such as at a quiet park. The Chinook does possess some prey drive, and thus, may not be suited to homes with small animals such as hamsters, rabbits, gerbils, or guinea pigs.

A breed that is not particularly vocal, the Chinook has a unique range of sounds that are commonly associated with the breed. In general, the Chinook is a quiet dog.

The Chinook’s thick double coat makes it well-prepared to enjoy time in the great outdoors whether the climate is rainy, snowy, or sunny. However, the breed does not enjoy being separated from its family. This dog should be housed indoors. A dog breed that needs room to roam, a house with a fully fenced in yard makes for an ideal housing situation for the Chinook. 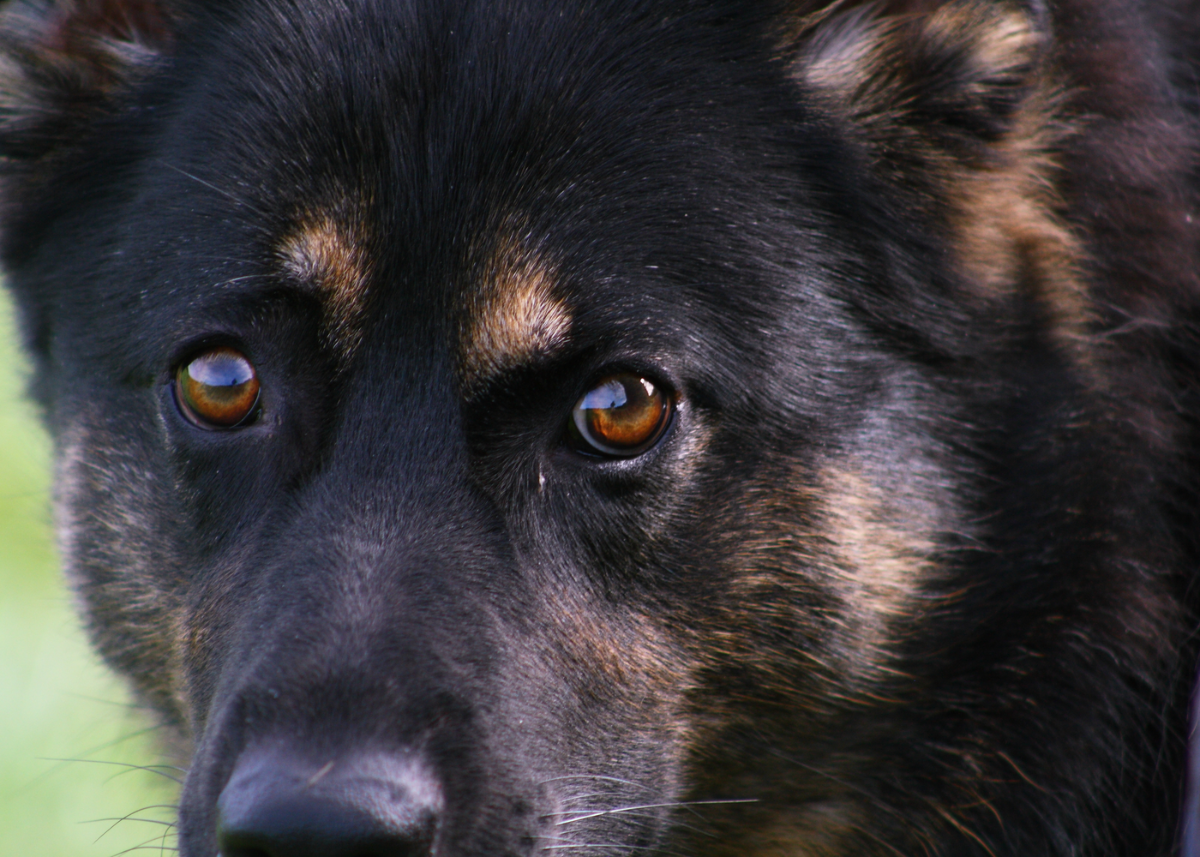 The Chinook is a dog breed that typically enjoys excellent health. However, as with all dog types, there are a few genetic conditions that can befall the breed. These include hip dysplasia, cataracts, seizures, coat and skin problems, and gastrointestinal distress. It is always a good idea to seek a puppy from a breeder that employs the appropriate genetic testing to help prevent disease from occurring in the Chinook.

The Chinook possesses a thick double coat that provides weatherproofing, allowing the dog to enjoy time outdoors in all kinds of weather. This coat is comprised of a top layer that is longer and wiry in texture and a soft and billowy undercoat. The Chinook’s coat adapts to its environment with dogs that live in more warmer temperatures displaying a coat that is less voluminous.

To keep the Chinook’s coat in good condition, experts recommend brushing the dog every day. The Chinook does shed profusely and brushing also helps to keep the majority of the lost hair from accumulating within a house. Bathing can be done on an as needed basis but is rarely required more than twice a year.

Other important maintenance the Chinook requires for optimal health and wellness is regular tooth brushing and nail trims. The Chinook is not known to be a drooler. 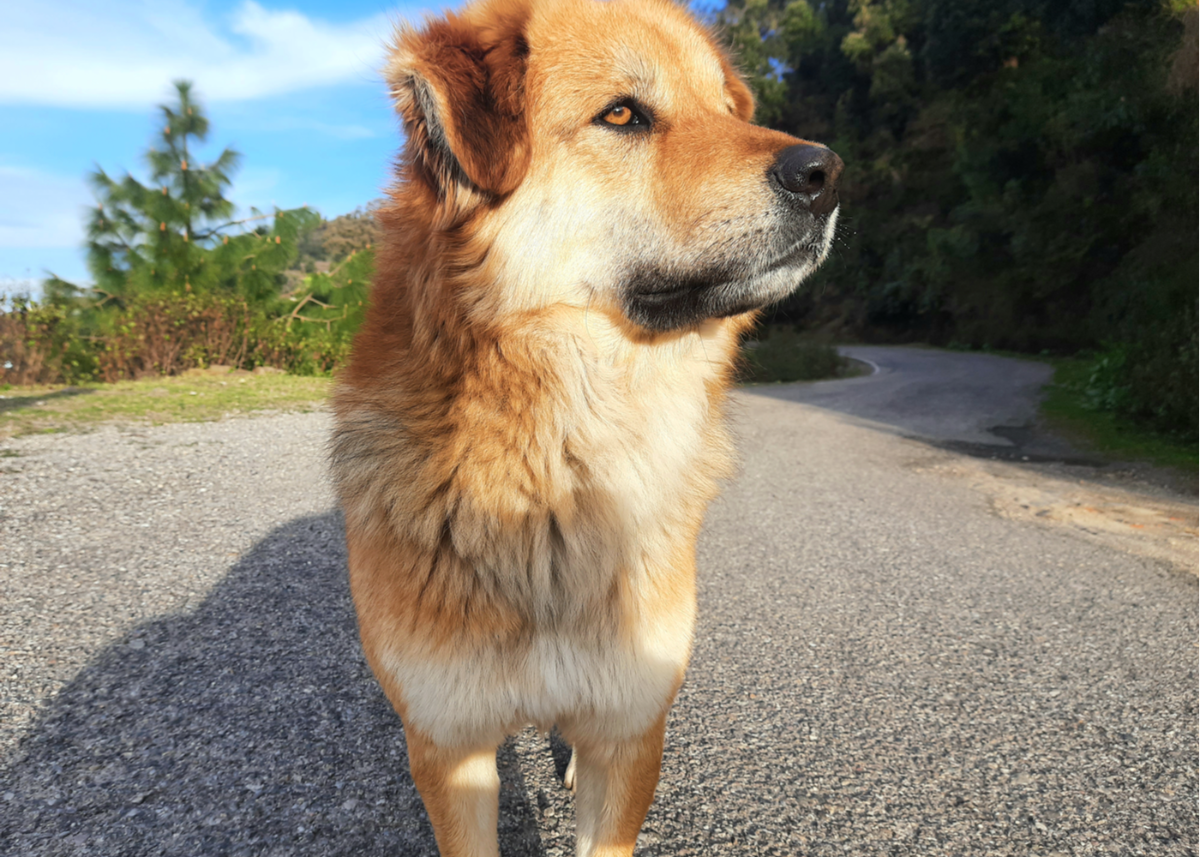 The Chinook is a true people lover and takes great delight in pleasing those it loves most. The breed is both highly intelligent and easy to train, making learning new skills together a true joy. A dog that is sensitive at heart, positive reinforcement techniques are the key to learning with the Chinook. With practice and patience, the Chinook puppy can easily learn the basic obedience commands within one month.

The Chinook can be somewhat mouthy, particularly during its puppy years. To help the Chinook to learn more appropriate canine manners, it is best to redirect any mouthing or nipping to a more suitable item for chewing such as a bone or toy. Over time, the dog will learn how to use its mouth in a socially acceptable manner.

A working dog, the Chinook possesses high prey drive and is also prone to escapism. To prevent the Chinook from chasing other animals or fleeing its property, a secure form of containment is an absolute must for this breed.

The Chinook is not a particularly vocal dog but does love to dig. 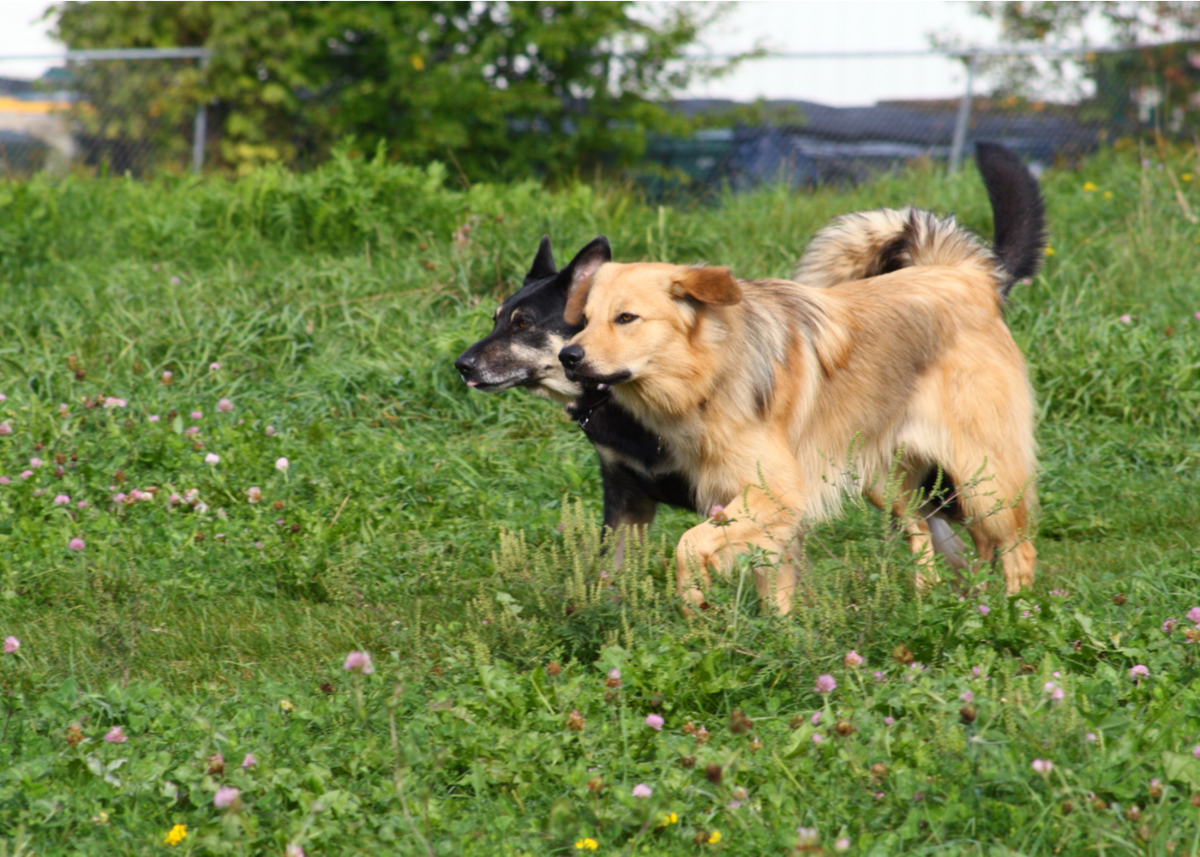 The Chinook is both athletic and energetic, requiring vigorous daily exercise to attain optimal health and wellness. At a minimum, the Chinook should be taken for long walks or runs for a minimum of 30 minutes per day with longer exercise sessions preferable.

The Chinook takes great pleasure in doing fun things with its family. It is a breed that is well-renowned for its playfulness. 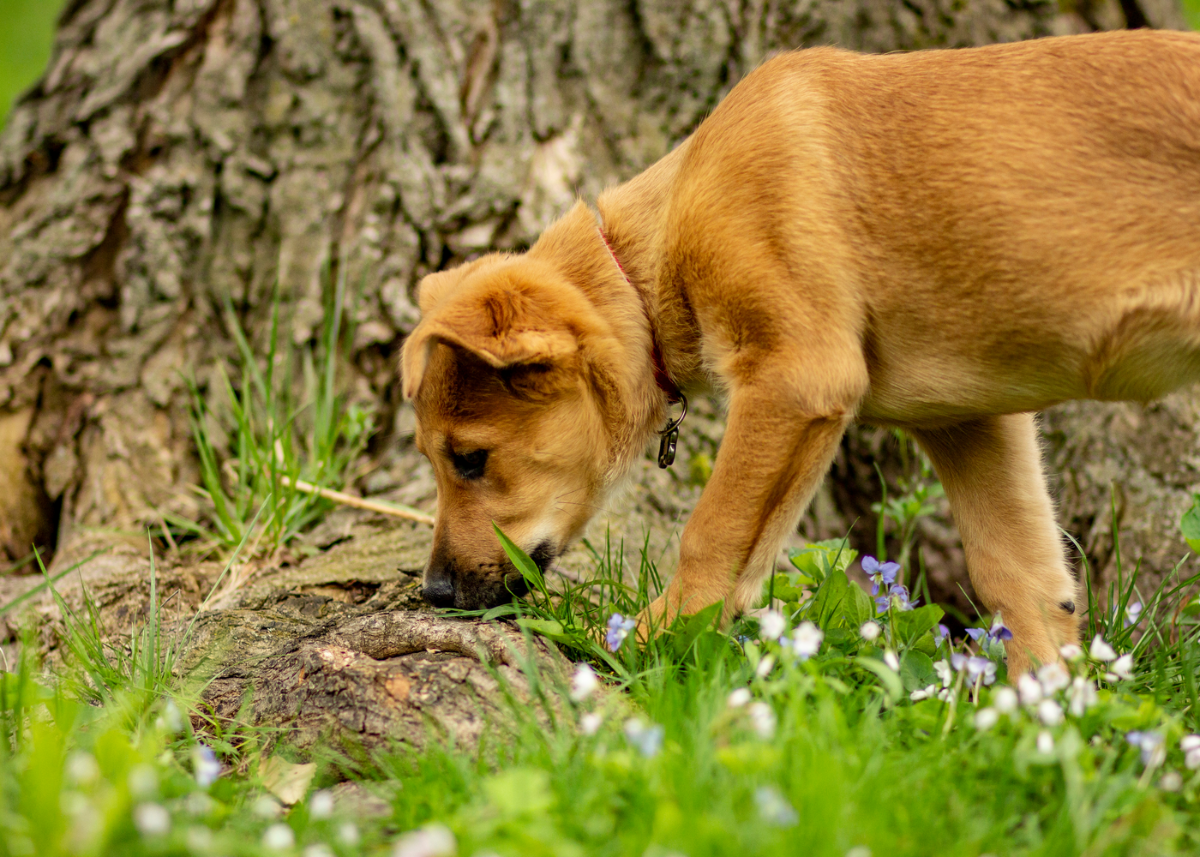 To ensure the selection of a high-quality diet, it is always a good idea to consult a veterinarian to assist with securing the right diet for a Chinook. As a general guideline, foods that are nutritionally balanced and age appropriate should be suitable for this breed.

Puppies should eat a puppy formulation to support their developing bodies. Likewise, adults should eat a food that is designed to meet the unique requirements for their age and activity level.

To determine how much to feed the Chinook, the serving size suggestions on the side of the bag are helpful. Since each dog is a unique individual, these amounts may need to be adjusted to reflect activity level and/or weight.

If you are looking for Chinooks for adoption near you, we highly recommend the following comprehensive resources: