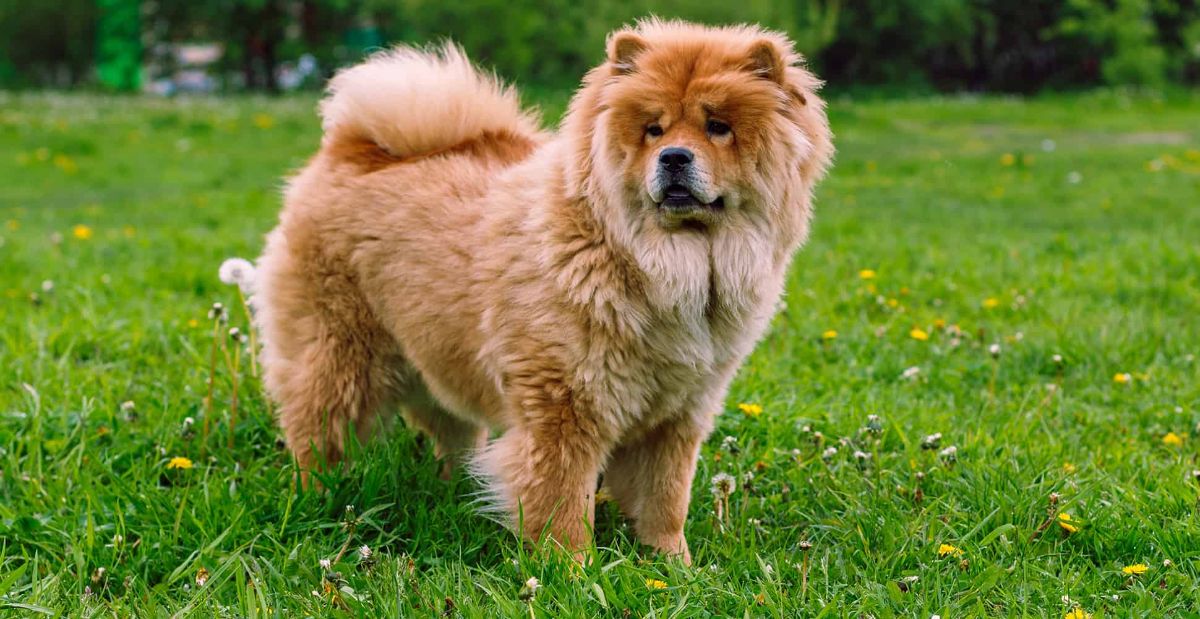 About The Chow Chow 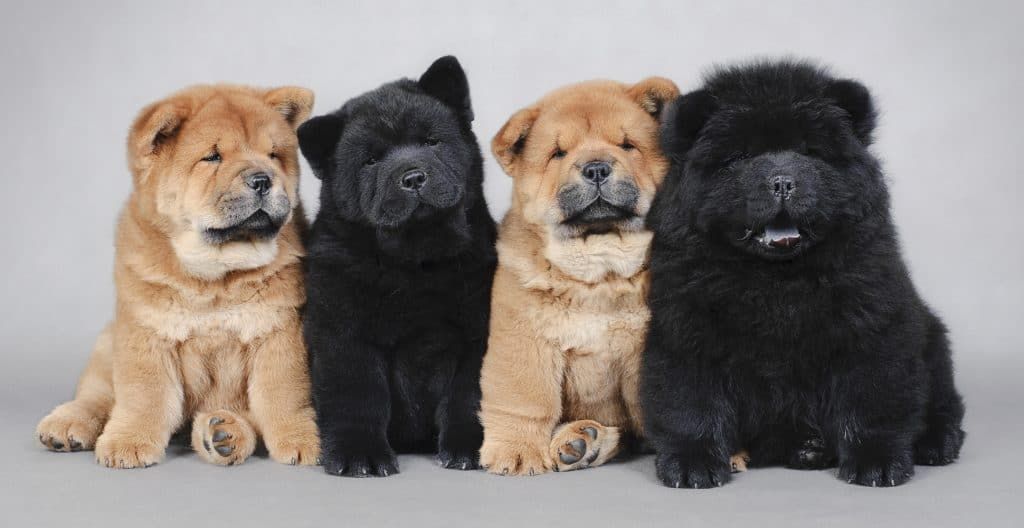 The Chow Chow is a powerful, compactly built dog with a distinctive lion’s mane ruff and black tongue. Known as being aloof with strangers but loyal to their family, this is not usually considered to be a breed suitable for a novice or first-time owner. When their needs are fully met, they can be a very adaptable dog, fitting into most sizes of home with ease.

This not a dog who demands high levels of exercise or play, but they do enjoy being around their family as much as possible. The Chow is not a lover of hot temperatures, and so careful consideration is needed if you live in one of the warmer states.

Many consider the Chow Chow to be one of the oldest dogs in the world. Going right back to the Han dynasty, which was 206BC through to 22 AD, there were images of dogs resembling the Chow on both pottery and paintings.

The Chow Chow originated in Mongolia and the north of China, and it was as they moved south with nomadic tribes that they became known across Asia. Popular as hunting dogs, they found favor with the Chinese ruling leaders with one emperor said to have kept over 2,500 pairs of hunting Chows.

Now the Chow Chow was at that point known by many different names, including the black tongue dog, the wolf-dog, and the bear dog. It wasn’t until the 18th century when the dogs were exported to Britain that the Chow Chow name came about. The reason for this? Well, Chow Chow was the term used to refer to miscellaneous items listed on a ship’s manifest. When sailors brought back some of the dogs, they were listed as Chow Chow, and the name stuck.

It was 1890 before the very first Chow was entered at the Westminster Kennel Club show, with the American Kennel Club (AKC) recognizing the breed in 1903. 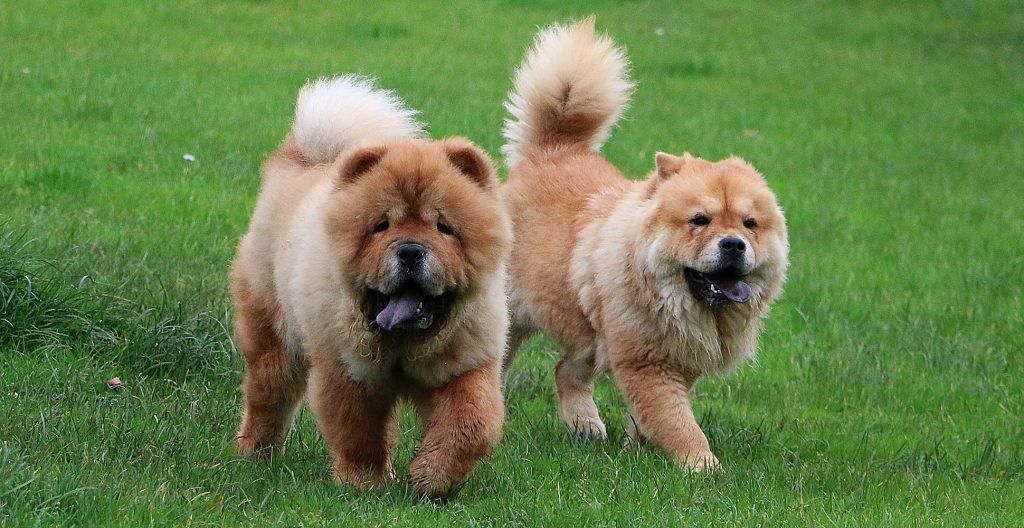 Unlike many other breeds, both male and female Chows can be expected to fit within the same height and weight range. In terms of height, that means being between 17-20 inches, and on weight, that’s 45-70 pounds.

This makes the Chow a compact, heavy-set dog who is almost square in profile. 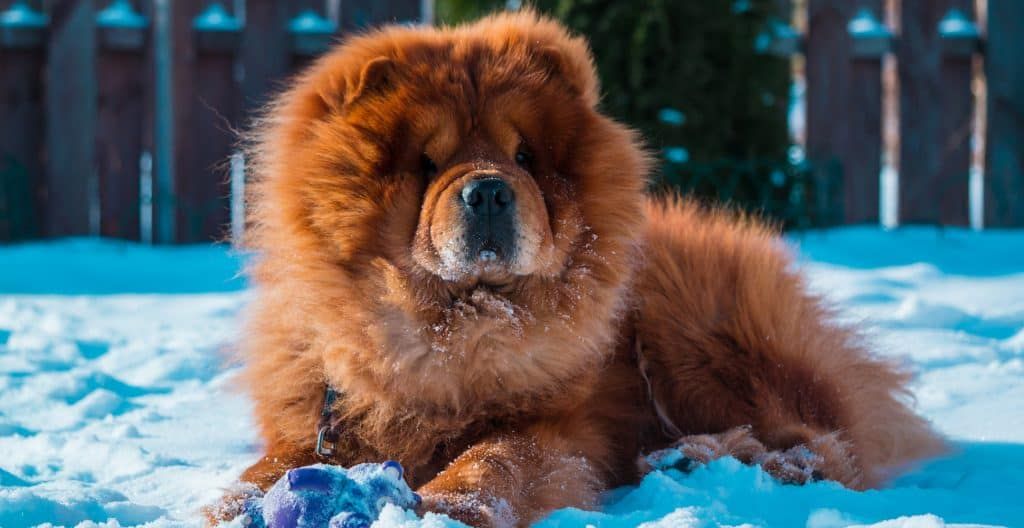 When Chows have been bred by responsible breeders and then carefully raised, they are neither aggressive nor reactive. They will remain aloof to strangers, but they are eternally loyal to their family and friends. This can be a territorial breed that will naturally guard their home, so care will be needed to ensure managed introductions with people that they don’t yet know.

Careful consideration show be given to bringing a Chow into a family with young children. While they can become a good family dog, you may need assistance from a positive dog training and behavior professional. They will help you to plan an effective socialization and training plan, which is then adhered to throughout your dog’s life.

Chows can live with other dogs, but again careful consideration is needed of the existing dogs’ personalities and temperaments. Thought is required as to how they’ll get along with a dog who is likely to assert their authority.

With their thick coats, Chows can happily cope with cold weather conditions, but they may struggle when the temperature starts to rise. A cool place inside will be needed when it’s hot.

Chows can adapt well to living in an apartment; they tend not to be overly active dogs as long as they’ve had a good walk each day. 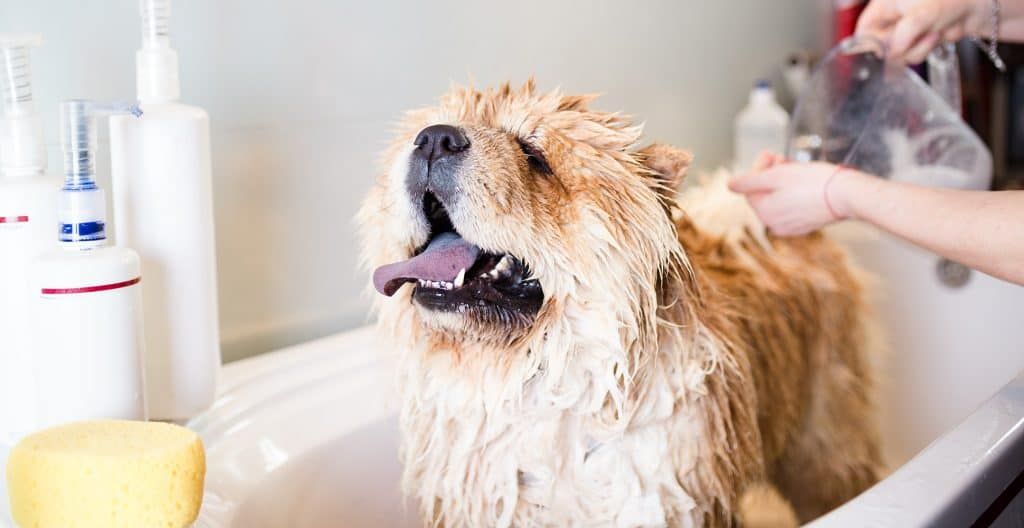 There are several health issues which responsible breeders will check their dogs for before breeding, and these include –

Both the rough- and smooth-coated Chows have a thick double coat which will need thorough grooming at least twice per week. The hair around the head does have a tendency to mat easily, and so special attention is required to ensure that this area is kept tangle-free.

The Chow will shed lightly throughout the year and then have a shedding season, usually in the Spring, when the hair loss will be much more noticeable. 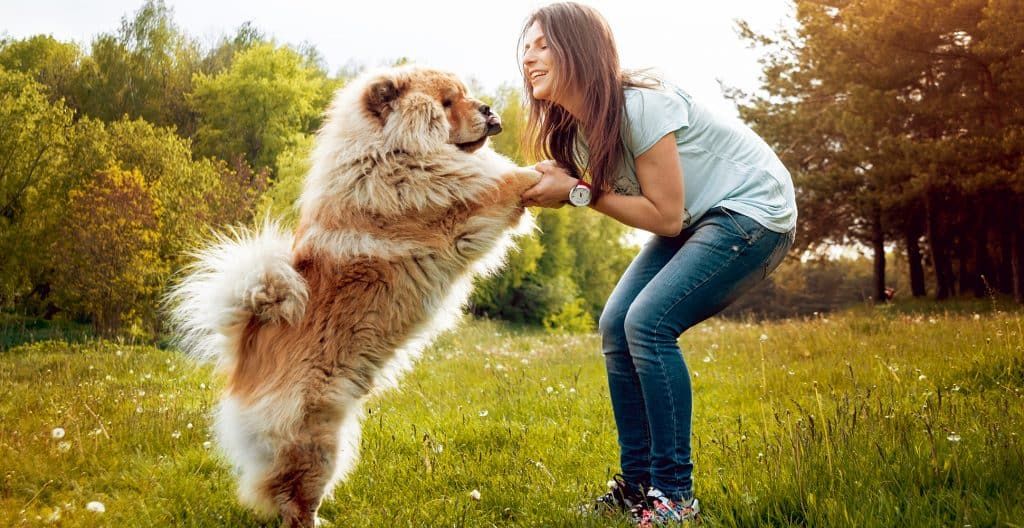 Early socialization and attending well-organized puppy training classes are essential to ensuring that the Chow develops into a well-mannered companion.

They are an intelligent dog but may not show the same levels of motivation for training as other breeds. That said, they are very capable of learning all the behaviors needed from most pet dogs, and many have achieved obedience titles. Patient and reward-based training methods are likely to get the best results. Harsh training methods meanwhile are likely to be immensely damaging to the relationship you have with your dog.

The Chow Chow was bred to be a hunter, and most still retain that high prey drive. It’s likely that if allowed, they will chase small animals such as rabbits and cats when on a walk. The Chow can learn to live with household cats, but this needs carefully managed introductions and ideally when they are pups.

There are mixed opinions on the Chows tendency to bark, with some owners reporting that their dogs rarely bark while others consider the level of barking to be a real problem. The excessive barking is likely due to the Chow’s territorial nature. If they live in a home where they are continually seeing people pass by or they can hear unknown people talking, then they’re may respond to perceived threat that with a warning bark. This is not a breed that needs considerable exercise to become a settled family member. A daily walk with the opportunity to run free within a safely fenced area is likely to be enough for most Chows. Care is needed to avoid exercise during the hotter parts of the day during the summer months.

There are always exceptions to the rule, but generally, Chows are not an overly playful breed, they consider themselves much too dignified for that! 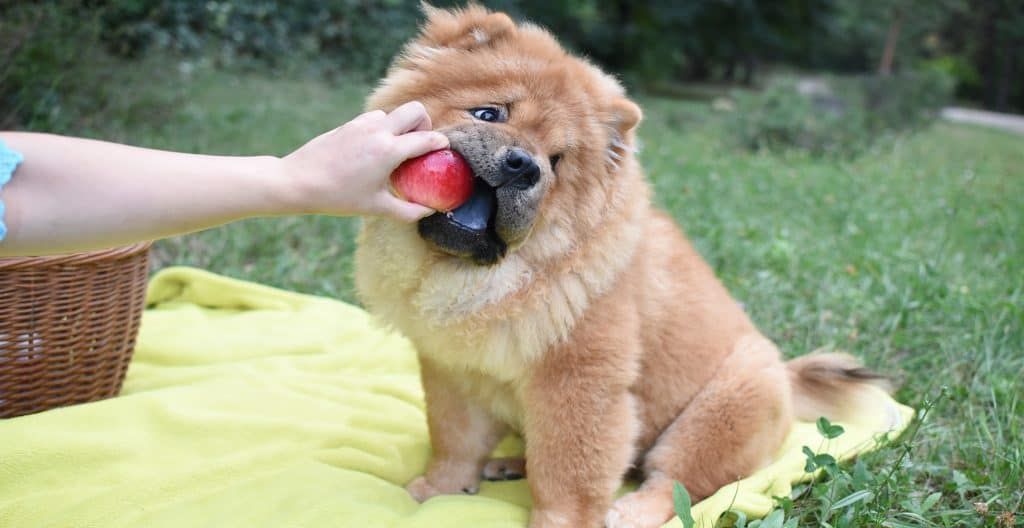 Your vet or pet nutritionist is the most qualified person to provide you with information on your dog’s specific needs. Generally, young dogs start on puppy food and then at around six months of age move across to adult formulations. There are also foods available which cater for a range of energy needs depending on the dog’s activity level. Picking a food designed for highly active working dogs may result in weight gain if feed to a dog with low or normal activity levels.

Do check the ingredients list on the dog food to ensure there are no unnecessary colorings and additives, both of which are believed to cause health and behavioral problems.

Sadly, there are always Chows who find themselves in need of a new home. If you’re considering offering a Chow a fresh start in life, the following are some of the many breed rescue organizations that will be able to provide you with advice.