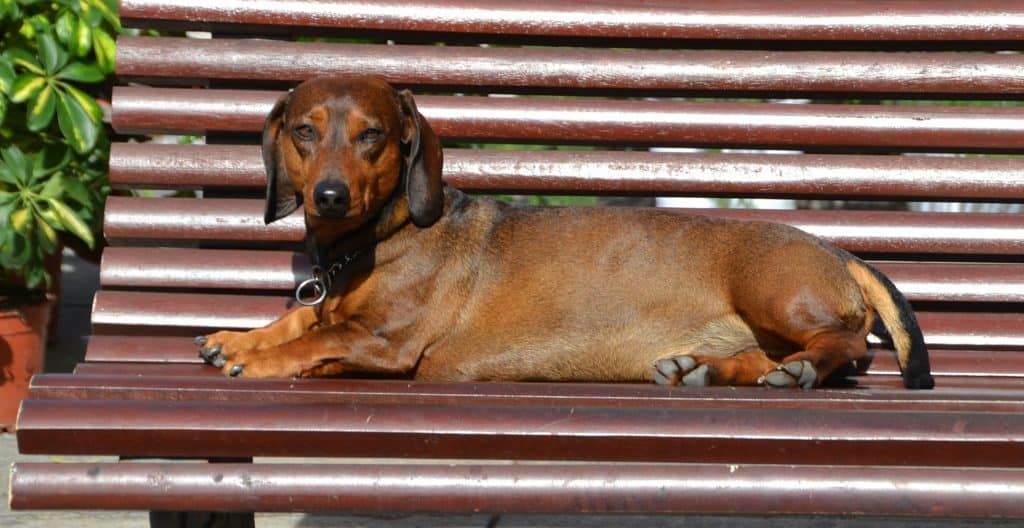 First off, don’t let the Dachshunds size fool you. The direct translation of their name means Badger Dog. This gives you an insight into a breed that needed to be tough enough to hunt and stand up to badgers. That said, their cute appearance and endearing personality have made them a popular choice for many years.

Suited to both apartments and houses, this is a breed that needs to live in the home. These are great family dogs who love to be involved in everything that’s going on. They’re not then going to do well if kept outside or away from their beloved people.

That tenacious nature can get the Dachshund into trouble, known for their determination and independent spirit, there may be some ‘selective deafness’ when they go into hunting mode.

This is a breed that’s been around for over 600 years with 15th-century illustrations featuring dogs with the unmistakable shape of the Dachshund. Come the 18th century, German foresters began work to develop a fearless hunting dog. They knew that combining the structure of the Dachshund with a tenacious personality would allow the dogs to dig into badger sets, and then if needed to go into the burrows to fight them to the death.

By the1800s, Dachshunds started being bred as a pet rather than as a hunter. They became a favorite of Royalty all across Europe, with Queen Victoria being especially fond of the breed. With this change in role, the Dachshund was slowly reduced in size by around 10 pounds, and the miniature Dachshund was developed.

Finally, in 1885, Dachshunds made it across to America, with the very first registration being for a dog called Dash. Ten years later, in 1895, the Dachshund Club of America was founded. The breed quickly became on the most popular breeds, but sadly with the advent of World War I, the breeds association with Germany meant they fell out of favor.

Come the end of the war, U.S. breeders imported Dachshunds from Germany, and the breed popularity grew once again. The breed did face a similar fate during World War II, but not nearly as severe as they had during World War I.

Since the 1950s, Dachshunds have been one of the most popular choices for a family dog. While they are rarely used as hunting dogs in either the U.S. or Great Britain, in parts of Europe, they are still considered to be hunting dogs. 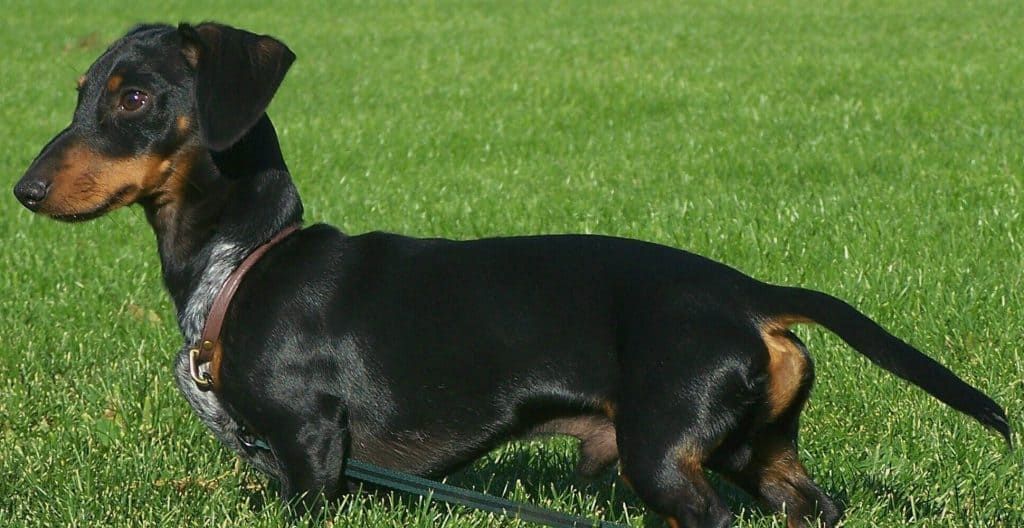 There is also an unofficial size called a ‘tweenie’ for dogs between 11 and 16 pounds, and though they’re not recognized by the American Kennel Club (AKC), the dogs aren’t penalized within the show ring for their stature. 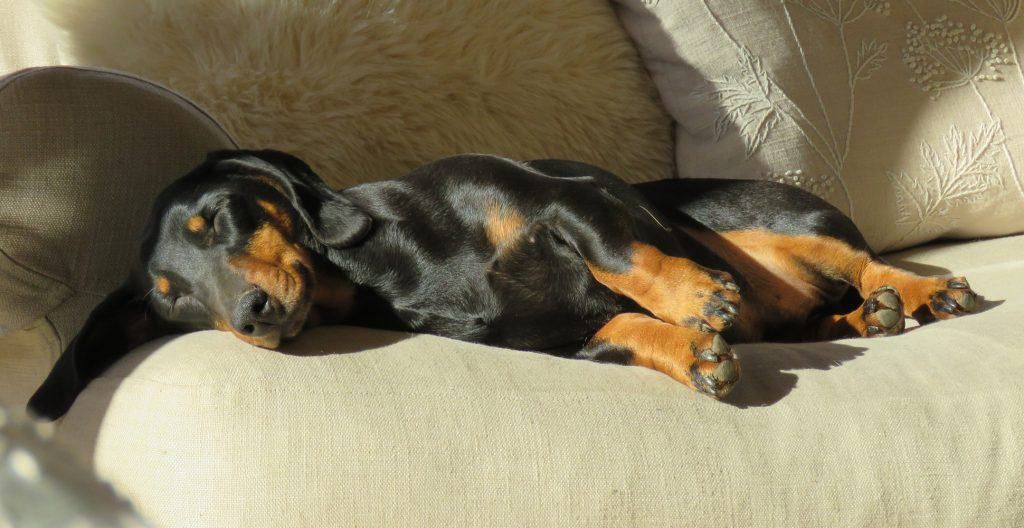 The Dachshund is known for its courageous and lively nature. If they sense a threat, then these are not dogs for backing down, despite their size. They were bred for independent hunting, and this was often of dangerous prey. So, they needed that braveness even if it may make them a little rash and single-minded in some of their decision making!

While they may be suspicious of strangers until they’ve been introduced, they’re an affectionate and loving breed with their family. They love to be at the center of everything that’s going on, so this is not a dog who is suited to being kept outside.

In general, Dachshunds are a good choice of breed for a family with children. They tend to be very tolerant of being stroked and cuddled, though care is needed to ensure there they’re not accidentally hurt by heavy-handed petting. There will be variations in temperament from dog to dog, so supervision is always recommended when young children and dogs are playing together.

This is a breed that can happily live in an apartment as long as they have the opportunity for exercise each day. When they are out and about, the Dachshund may need a coat in colder weather conditions. Being so low to the ground means they can quickly become cold, especially if walking through long grass. 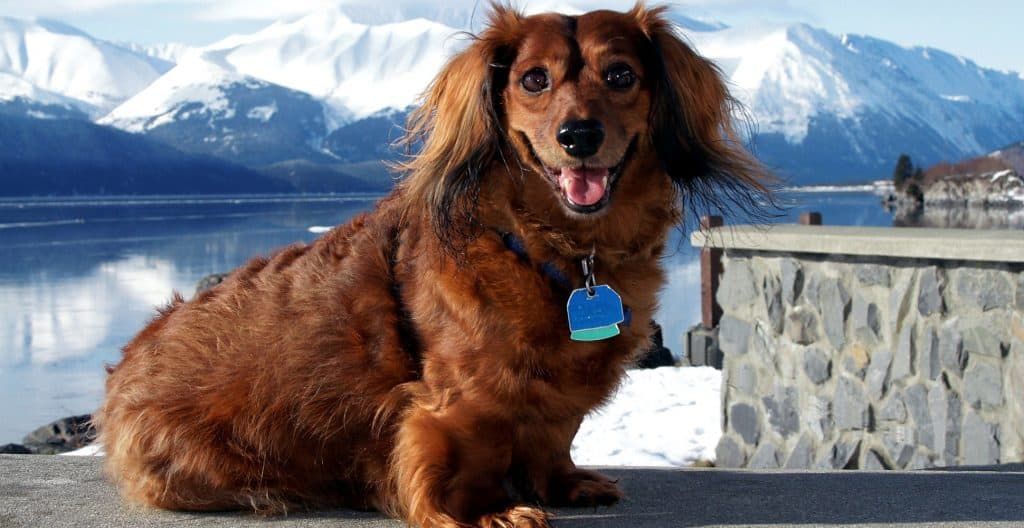 There are some health problems that the Dachshund is prone to.

Because of their unique shape, they can be prone to what is called Intervertebral Disk Disease. This happens when the disks in their lower backs become herniated and begin to irritate the nerves in the spine. Owners of Dachshund must restrict their dogs from taking part in any activity which may be strenuous for their spines.

Before having pups from their dogs, a good breeder will carry out tests for the following conditions to ensure that the parents are not able to pass them on to their offspring.

Luxating Patella is when the kneecap moves out from its normal position. Dogs who are affected can often be seen to suddenly walk on three legs before then going back to four once the kneecap is back in the right place. Surgery can be carried out to hold everything in the correct place if your Dachshund is regularly becoming lame.

Progressive Retinal Atrophy (PRA) is an eye condition that is often seen in Dachshunds. It’s caused by an inherited disorder that slowly causes vision problems but then progresses over time with the dog eventually becoming blind. Unfortunately, there is no known cure.

Heart Disease is a leading cause of death among older Dachshunds. This is caused by the weakening of the heart valves so that they no longer close tightly. This then causes the blood to leak back, resulting in extra strain on the heart. Yearly check-ups will be needed along with medication that can help reduce symptoms and allow your Dachshund to live a longer life.

Grooming needs depends on which of the three coats your Dachshund has. The Smooth-coated Dachshund needs very little grooming other than a quick brush each week. Longhaired Dachshunds will need grooming several times a week to prevent matting from forming. For Wirehairs, it’s weekly grooming and then hand-stripping several times a year to remove the old coat and keep them looking at their best. 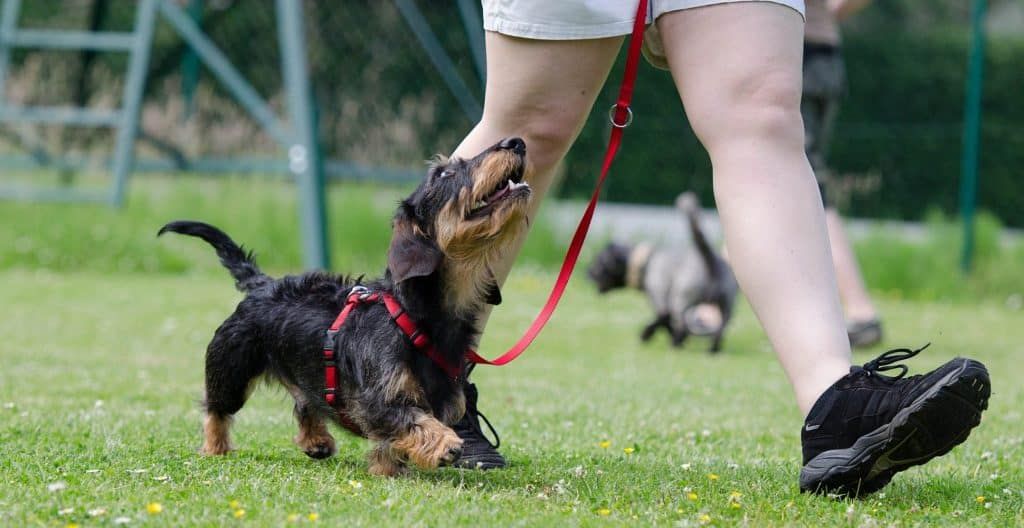 While these are an independent breed, they are very capable of learning a whole range of new behaviors. With the Dachshunds fearless and tenacious personality, any type of punishment training is going to be damaging to your relationship, so make sure your trainer uses reward-based methods instead.

Dachshunds are successfully competing in a whole range of performance sports, including Agility, Tracking, and Obedience, so don’t let their small size put you off from advanced training.

The hunting instinct is still strong in many dogs of the breed, care is needed when exercising your Dachshund to keep them safe. Training a reliable recall is essential to allow your dog greater freedom and the opportunity for running off-leash.

The Dachshund can take on a watchdog role at home. This means that they can then be quite a noisy breed barking to let know you of anything which is out of the ordinary even if it’s no threat. 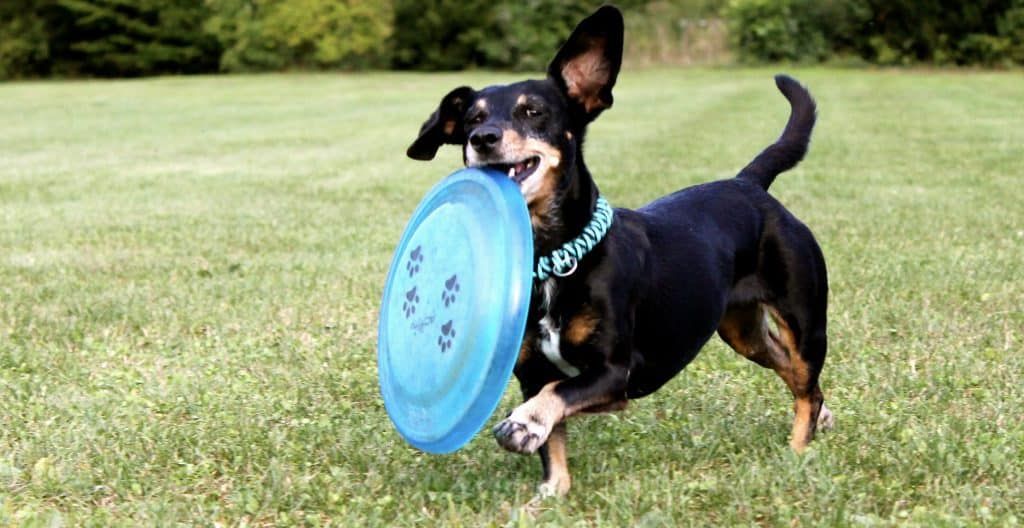 Just because they’re small dogs, it doesn’t mean to say they don’t need regular exercise. Two walks a day will help them to stay fit and, importantly, develop the muscles needed to support and protect their back.

This a very playful breed that will love the opportunity for a game with you and your family. Do prevent your Dachshund from running up and down stairs or jumping on and off high furniture to provide protection for their backs. 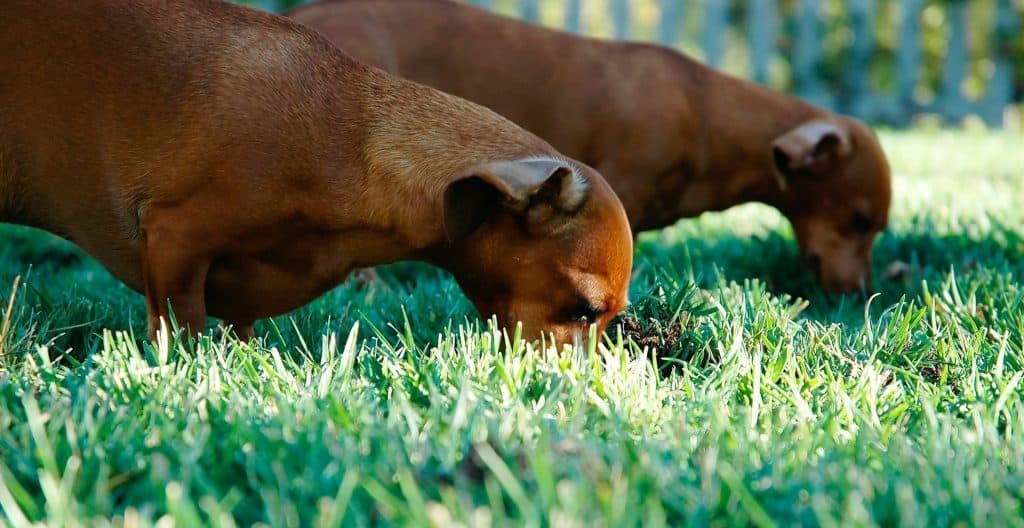 For specific advice on feeding your dog, your veterinarian or pet nutritionist are the best people to speak to.

When you’re choosing a food for your Dachshund, you’ll find a huge number of varieties at your local pet store. Consider your dog’s age, life stage, and exercise level when making your choice. It’s essential that a Dachshund is not allowed to become overweight to avoid unnecessary strain on their long back.

For further information on the breed, check out the website of the Dachshund Club of America – http://www.dachshundclubofamerica.org/