Dogs do all sorts of things in public that we would consider socially unacceptable and embarrassing! From sniffing each other’s bottoms to peeing on lamp posts, dogs have no inhibitions. One of these behaviors is licking each other’s private areas. Many dogs will happily sniff and lick at another dog in this way, but why exactly do they do it? Let’s explore this a bit further.

While it might seem antisocial and strange to us, for dogs it forms part of their normal interaction with each other. You shouldn’t worry about pulling your dog away from another dog unless either animal seems upset or aggressive. As long as your dog is not being obsessive you can just let him get his greeting out of the way before he moves on to the next thing that takes his interest. It is not a gender-specific interaction—both males and females will exhibit this behavior.

Why do my dogs lick each other’s private areas? 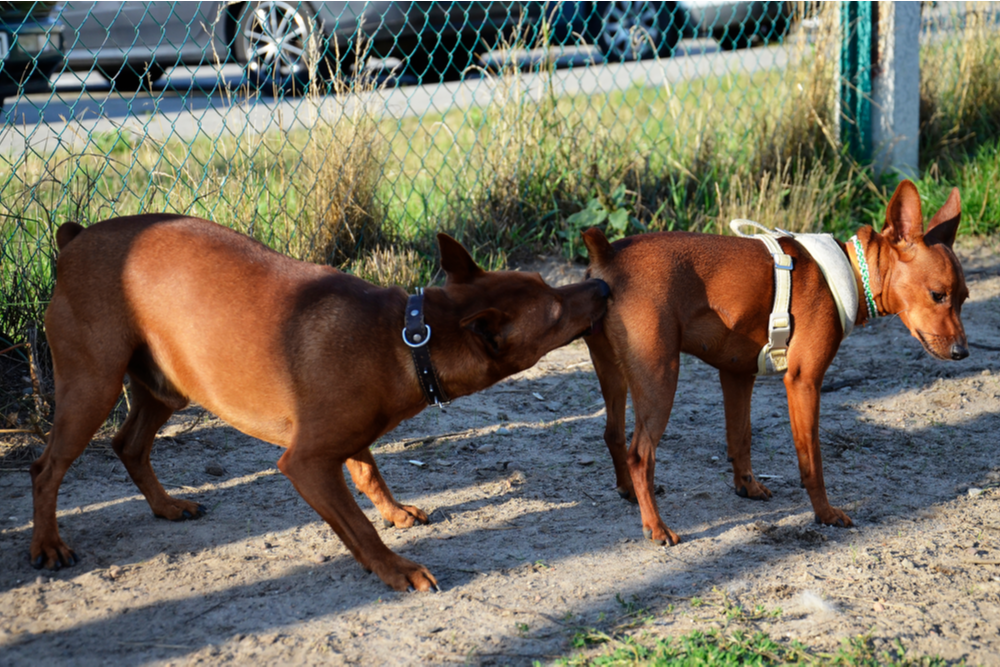 1. To get acquainted with the other dog

2. To discover age, gender, health, status within the pack

A dog’s private area contains a large number of scent, or apocrine, glands that release pheromones providing vast amounts of information for dogs. This explains why many dogs are immediately drawn to this area. The unique smells given by these glands help to tell dogs information about each other’s age, gender, and health, as well as where they might sit in the pack. Licking just helps them gain even more information than smell alone provides. Dogs can also recognize the scent of dogs they have met previously.

3. As a form of grooming

Some dogs will lick other dogs as a way of grooming them. Grooming is a way of bonding and keeping each other clean. Mutual grooming is a natural behavior that many wild dogs do too, but it isn’t usually just concentrated in private areas. Mother dogs fastidiously lick the genitals of very young puppies to stimulate them to urinate and defecate. Many dogs will lick their own genitals as a way of keeping things in order.

Some dogs may lick other dogs’ privates due to a habit. Another dog at home may allow him to lick them whenever he likes, or perhaps he licks himself a lot too, and now he just does it out of habit.

The behavior may also have been inadvertently encouraged somehow, usually through attention. Some dogs will react to both negative and positive attention, so by laughing, shouting, or clapping while your dog licks another dog you may actually be encouraging them. Some dogs aren’t very good at knowing when to stop either, especially if the other dog doesn’t say when enough is enough. Again, this could encourage your dog to continually lick.

5. Obsessive licking as an indicator of health problems

Sometimes your dog may lick at another dog’s privates because the other dog has a health complaint. Things like urinary tract infections or skin infections can make this area stronger smelling than usual, which may be attractive to your dog. Some dogs can also sense when something is wrong with their companion. Being in season can also attract other dogs to lick or sniff. The bitch will be producing lots of pheromones and a discharge, which could be interesting to other females as well as to male dogs.

So if this behavior is new and frequent, you might want to get the dog that is being licked checked over by a veterinarian.

How to disrupt this behavior 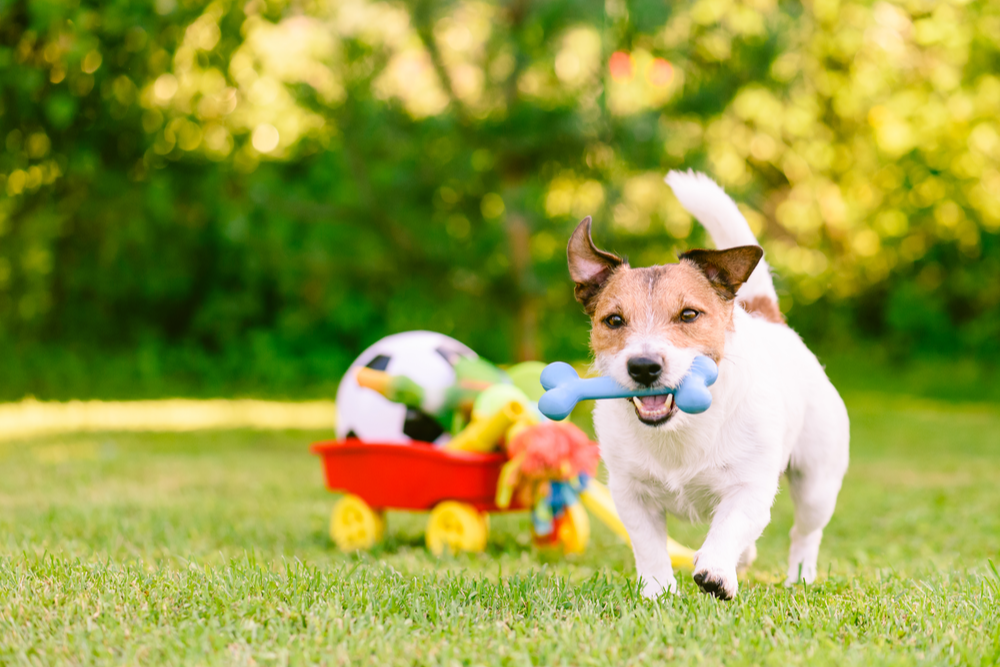 There’s not usually a need to stop this behavior unless your dog is getting obsessive about it. In most cases, the other dog will tell him off first if he is overstepping the mark. Some dogs will not have been properly socialized and therefore won’t have learned the etiquette of when to stop and may not know of any other ways to greet their canine friends.

Work on your dog’s recall training, so that you can call him away if he is spending too long licking the other dog, or if either dog is showing signs of aggression.

Allow him to sniff or lick the other dog for a few seconds before calling him back to you. Praise him when he comes back and distract him with toys or treats so that he learns there are other more interesting and rewarding things to be doing than sniffing another dog’s groin!

Neutering your dog may help to reduce their interest in other dogs and make training easier. Speak to your veterinarian if you think castration or spaying might be helpful for your pet.

Dogs will be dogs! Licking at each other’s privates is just part of what it means to be a canine. It is usually normal social behavior, but occasionally it could point to an underlying health complaint, especially in the dog that is being licked. If you are concerned about your dog then always make sure you get him checked over by a veterinarian, but in most cases, he will just be acting completely normally!